There were 16 deals made in H1 2021 compared to 26 in H1 2020. The vast majority of the deals fell in the supplier segment of the industry. There were 9 deals that involved spirits brands, 4 that involved wine brands and no notable acquisitions for a beer brand.

New to the Park Street M&A roundup this year were some notable acquisitions in the e-commerce space. Uber acquired Drizly for $1.1 billion, Southern Glazer’s Wine & Spirits took a stake in ReserveBar, and GoPuff acquired BevMo. 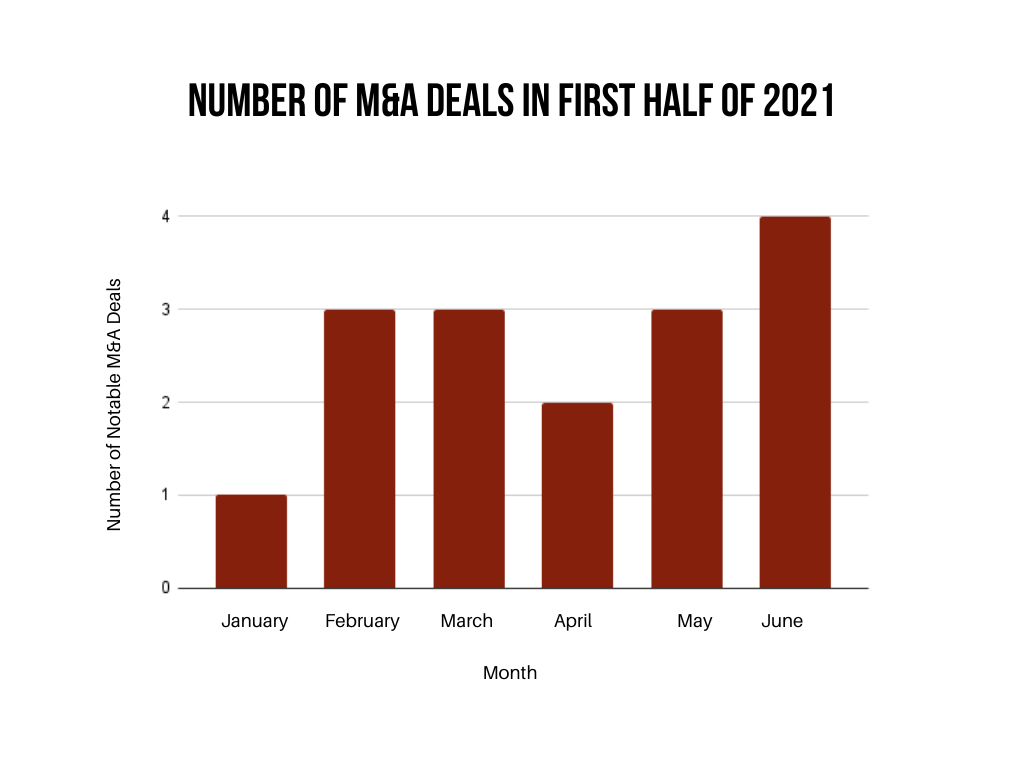 In 2020, Constellation Brands, Diageo and Pernod Ricard were active buyers, each with a handful of deals to close out the year, but in 2021 there was a wide mix of companies represented. Below is a roundup of the most notable beverage alcohol M&A deals in the first half of 2021. To view the M&A roundup from 2020, click here.