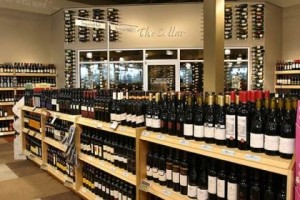 The ongoing legislative fight over the proposed overhaul of Pennsylvania’s state-run wine and spirits stores has meant big bucks being spent by interests groups to lobby lawmakers in Harrisburg.

Lobbying disclosure reports show that supermarkets, convenience stores, labor unions, beer distributors, beer manufacturers and alcohol-related trade associations have spent millions on lobbying since the beginning of last year — although due to the vagueness that the state permits in the disclosure of lobbying expenses, the exact amount is difficult to quantify.

Among the biggest spenders have been supermarkets, which are hopeful any eventual overhaul would allow them to sell more types of alcohol, such as wine, in their grocery stores.

Wegmans supermarket, which has 16 Pennsylvania locations, spent $303,269 since the beginning of 2013 on alcohol-related lobbying expenditures, according to disclosure forms. A company spokeswoman said the costs are “focused on providing factual information to legislators and staff. Given the disparate interest groups engaged in the debate, we think it’s important that decision-makers know what consumers are looking for.”

Giant Eagle spent a total of $286,747 on lobbying in the same time period, listing as the subject of its lobbying “alcoholic beverages, supermarket, retail.”

The state’s lobbying disclosure rules don’t require lobbyists to list a specific bill they lobbied on but only the general subject of the lobbying. Some forms that the Post-Gazette examined list broad categories such as “state government,” “taxes” or “business” as the topic of the lobbying, making the exact amount of spending on some issues difficult to determine.

If multiple topics are listed, the law doesn’t require a breakdown of how much money was spent on each topic.

For instance, retail giant Wal-Mart spent $156,382 on lobbying in Harrisburg since the beginning of last year on topics including alcoholic beverages, energy, health care, labor, pharmaceuticals and taxation, according to disclosure forms.

Much of that cost is listed as “indirect communication,” which the lobbying disclosure act defines as any effort to encourage others, such as the general public, to contact legislators about a particular bill or issue and can include spending such as advertising or other public education efforts.

“It’s a customer need,” said Ryan Sheetz, the company’s brand director. “Our customers have told us that they want this,” he said of beer sales in gas stations.

Convenience store chain Wawa spent $65,373 on lobbying in the same period, with the subject listed on disclosure forms as “retail.”

The United Food and Commercial Workers, which has two chapters that represent state store workers, spent $404,277 lobbying since the start of 2013. It lists the subjects of its lobbying as “labor,” although Wendell Young IV, president of UFCW Local 1776, said that’s not all necessarily related to state store privatization and could encompass other issues, too.

The Independent State Store Union, which represents state store managers, lists $113,209 in lobbying expenditure during the same period, with “labor, state government” as the subjects of its lobbying.

David Wanamaker, a member of the 700-member union’s executive board, said the bulk of those expenses go toward paid lobbyists.

A number of trade groups also have lobbied on the matter.

The Pennsylvania Restaurant and Lodging Association lists $116,365 in lobbying costs since the beginning of last year on “alcoholic beverages, business, food service, [and] tourism,” according to disclosure forms.

“I would consider [liquor privatization] in the top three to four issues we’re working on,” said Melissa Bova, a lobbyist for the association. Restaurants want to be able to sell wine to go, and hotel and restaurant license holders also would like to receive greater discounts than they currently do on their purchases of wine and spirits.

The Malt Beverage Distributors Association of Pennsylvania, which represents beer distributorships, spent $91,266 since the beginning of last year, according to disclosure forms.

The majority of those funds went toward hiring lobbyists, said Mark Tanczos, president of the association.

Mr. Tanczos said his group of small, family-owned distributorships is in a David-and-Goliath fight against larger retail chains that want to sell beer.

“We don’t have bottomless pockets like a lot of these chains,” he said.

The Pennsylvania Beer Alliance, which represents wholesale beer distributors, also said most of the $86,775 it has spent since last year went toward lobbyists.

The Pennsylvania Licensed Beverage and Tavern Association — which represents taverns, restaurants, and other beer and liquor license holders — spent $79,421 on lobbying in the same time period.

The group’s executive director, Amy Christie, said the association hires lobbyists, but she considers one of her most effective lobbying techniques to be tavern-owning members talking directly to lawmakers.

“A lot of our outreach is our members picking up the phone and educating their legislators,” she said.

The Distilled Spirits Council of the United States, which represents large and small manufacturers of distilled spirits, said it also considers much of its lobbying efforts to be educating legislators.

“I’ve been up there to talk about: How does wholesaling work? What does outlet density look like? What kind of taxation structure makes sense?” said David Ozgo, chief economist for the group.

Another interest that spent big on lobbying, according to disclosure forms, was spirits producer Diageo — whose brands include Smirnoff, Baileys, Captain Morgan and other big names — which spent $163,675. Also, brewing behemoths Anheuser-Busch spent $205,410 and MillerCoors spent $108,078 since the beginning of 2013.

Anheuser-Busch wants to ensure any changes — for example, allowing wine to be sold in grocery stores or other retail outlets — also would allow beer to be sold that way as well.

“Anheuser-Busch believes that the right solution should ensure parity for beer and, above all, choice and convenience for the consumer,” said a statement from the company. “Beer drinkers should not be disadvantaged simply because they prefer beer.”

House Republicans last year passed legislation that would allow private sales of wine and liquor while phasing out state stores. That plan would create 1,200 licenses for the sale of wine and spirits, first available to beer distributors, with the possibility of up to 600 additional licenses. It creates a system for phasing out the approximately 600 state stores as private sellers open.

The bill crafted by the House has been unsuccessful in the Senate, however. Efforts continue in the Senate’s majority Republican caucus to craft a plan that can win 26 votes, the number needed to pass legislation in the 50-member chamber. The most recent proposal under discussion would have kept hard liquor in state stores but expanded the availability of beer and wine to additional retail outlets.

Until any agreement is reached, expect lobbying to continue in earnest.

“The General Assembly controls our future,” Mr. Tanczos said. “With the swipe of a pen, or the passing of a bill, we could be out of business tomorrow.”