Winemakers slowly coming around to the idea of canned wine 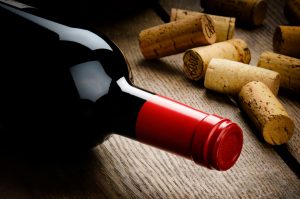 Canned wine was seen as a far fetched idea, and almost a joke as recently as 2009. Canned wine even made its way into a popular comedy show at the time – It’s Always Sunny In Philadelphia. But the growing popularity of canned wine has taken hold and winemakers are beginning to listen.

Similar to boxed wine, both non-traditional methods are much more popular with millennials and you can now find very good, quality wines in both boxes and cans. Ironically, cans are actually better at protecting the liquid than glass. It took many years for the craft beer producers to convince consumers of this fact and now winemakers have done the same.

In the 2016 Survey of American Wine Consumer Preferences, 20 percent of Americans surveyed said that they would purchase wine in a can. Sales of canned wine have increased by over 125 percent in just the past 12 months. Consumers point to the “refreshing” quality of the can being cold for longer, the cans feeling more portable and also that the aluminum is recyclable. Enjoy a cold can of wine at your next picnic!

Source: The Burlington Free Press, May 2017