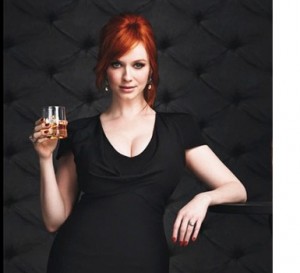 Men think that women who drink whisky are “attention seeking”, “strong-minded” and “dominating”, according to members of a UK dating website.

The research was carried out by Illicit Encounters, a dating website for married people which surveyed 3,000 of its members, finding that 74% believe they can tell more about a person by which drink they order than by engaging in two minutes of conversation.

Members were asked to match personality traits to a list of drinks, including whisky, rum and coke, and Martini.

A total of 64% of surveyed men claimed they believed women who drink whisky are “forward and strong minded”, while 54% said they were “strong and dominating”. A further 34% identified whisky-drinking women as “attention seeking”.

However, 85% of women claimed men who drink whisky are “old fashioned”, with smaller percentages believing they are “charming” and “cheeky”.

The surveyed men also claimed women who drink Martinis are “untamed”, “opinionated” and “decisive”, while Martini-drinking men are “likeable”, “suave” and “slick”.

Women who drink Cosmopolitan cocktails were said to be “girly”, “flirty” and “independent”, while women said men who enjoyed the fruity mix were “probably gay”.

With regards to gin and tonics, female fans were described by men as “straight-talking” and “self-assured”, while male drinkers were thought to be “well-educated” and “endearing”.

Even more surprisingly, women described men who drink rum and cokes are “philosophers”, while men said women with the same drinks preference were “interesting” and “intelligent”.

“It’s a good idea to learn what drinks stereotypes are associated with personality traits so you know what to order for a prospective partner, and you don’t offend a classy women by buying her a pint of Budweiser on your first date,” said Claire Page, a spokesperson for illicit encounters.

Do you think such gender stereotypes apply to drinks choices? Let us know by leaving a comment below. The Spirits Business recently asked two esteemed bartenders to debate whether consumers make gendered cocktail choice.