Taste perception is influenced by more than just taste 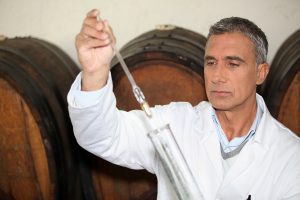 There is a reason why brands put so much time and effort into descriptions on labels. A new study suggest that vivid descriptions actually make wine appear to taste better. Researchers found that elaborate descriptions on wine labels had a positive influence on customer’s expectations, emotions and willingness to drink.

The blind taste test asked 126 regular wine drinks to try three white wines (Chardonnay, Riesling and Sauvignon Blanc) in three different settings. The first test was a blind tasting with no information given to establish a base line. The second taste the drinkers were given a basic sensory description of the wine while in the third test they were given an elaborate description.

The study found that the amount of information given had a significant effect on consumer’s perception of the same wines. Researchers reported “The elaborate information level evoked higher expectations before tasting the wines, plus resulted in higher liking ratings and elicitation of more intense positive and less negative emotions”. They also reported a “substantial increase in willingness to pay” after the consumers had tasted the wines compared against the blind taste conditions of the first test. Clever writing and uniquely memorable descriptions will lead to increased perception of a wine brand and the price someone is willing to pay. Now that’s a win-win, or a wine-win depending on your point of view!