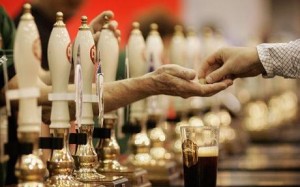 South Africa wants to revamp its alcohol tax scheme and possibly move from a system based on product types to one based on alcohol content, in a move to reduce drinking rates and raise revenue, the country’s National Treasury said Monday.

South Africa’s current alcohol excise tax structure has been in place since 2002, but the country is taking a look at the scheme, as well as other nontax measures, to encourage its citizens to use alcohol more responsibly, National Treasury said in a white paper. The office will accept comments on the white paper until June 30.

“An ideal alcohol consumption tax regime should provide certainty to both government and industry, and not be open to manipulation or undue lobbying,” National Treasury said in a press release. “The overall effectiveness of the alcohol excise tax regime, the costs and complexity of tax administration and compliance, the potential impact on the economy and on illicit trade should all be considered in reforming the current excise tax regime for alcoholic beverages.”

In 2009-2010, the alcohol sector contributed 2.9 percent of South Africa’s gross domestic product and last year, the country generated about 14 billion rand (US$1.33 billion) through its alcohol excise tax.

But National Treasury says the country may be able to generate more revenue if it strategically revamps the excise scheme and taxes alcohol based on its harmful external costs. The office says this approach could be justified by the different health impacts that beer, wine and liquor have on their consumers as well as their varying price elasticities. The demand for liquor, for example, is more price-sensitive than the demand for beer and wine, and taxing liquor proportionately less than those products could smooth distortions in the market, the white paper says.

Yet the National Treasury also says that if a revised excise tax system fully accounts for the external costs of alcohol abuse and raises alcohol excise taxes significantly, drinkers may move to the illicit market and undermine the country’s tax revenues.

“There is widespread agreement that an integrated and comprehensive strategy and action plan is needed. This requires appropriate choices about the most suitable combination of interventions available to government,” the white paper says. “In addition to appropriate excise taxation policies, there is a need for complementary nontax measures that can be effectively targeted at specific consumers and high-risk behavior patterns.”

The nation plans to introduce a carbon tax in 2016, and the carbon offset scheme, which comprises investments in projects that reduce, avoid or sequester emissions, is meant to complement that tax, South Africa said.