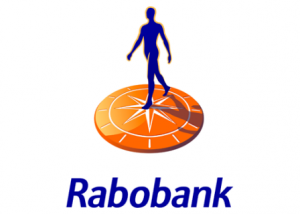 The rise of brown spirits is the dominant story in the overall U.S. spirits market, which grew 3% in the first four months of the year, Rabobank says in its newly released report on the global spirits industry. Sales of Tennessee whiskey and bourbon expanded their already large shares, while flavored whiskey, rye, small batch whiskey, and Irish and single malt scotch maintained their impressive growth rates.

However, bank analysts point to trends of softening sales growth in the spirits market, particularly among vodkas, which grew only 2.6% year-to-date. The recent softness in the vodka category appears to be driven by slowing growth in the flavored vodka segment, which Rabobank says suggests the flavor trend may be peaking.

Flavorization is an avenue for category growth that many whiskey industry players are pursuing, especially American whiskies. Whiskey grew 6.2% in the U.S. last year, and an estimated 45% of that growth was driven by flavored whiskies. Brands extensions such as Jack Daniel’s Tennessee Honey, Jim Beam Red Stag, and Wild Turkey American Honey have enjoyed solid growth in recent years, but Fireball Cinnamon Whiskey continues to grab the headlines, rising from obscurity to become a top selling brand in just a few years.

Not all spirits companies are eager to follow the flavorization trend. The scotch industry in particular has been reticent about experimenting with flavors, fearing flavor variations might undermine the prestige of their brands and the category as a whole.

Stephen Rannekleiv, senior wine and spirits analyst for Rabobank, said, “Flavored line extensions present a dilemma for whiskey brand owners. American whiskey brands are having great success attracting new consumers by using sweeter, more approachable flavor variations; however, if not managed correctly, they could risk deteriorating the prestige of their brand in the long run, similar to what happened with the Blue Nun wine brand in the 1970s. Scotch players are currently avoiding that danger by not venturing into flavor variations, but the lack of innovation – which might draw new consumers – carries its own risks.”

Looking forward, the U.S. spirits market appears poised to continue growing at a moderate pace, though Rabobank predicts that the super-premium segment will outpace the industry as a whole. Among super-premium spirits, one segment to watch will be pot stilled Irish whiskey. Irish whiskey has shown impressive growth in recent years, and influential figures such as Jack McGarry of the Dead Rabbit Grocery and Grog in New York are promoting the virtues of traditional pot still production.