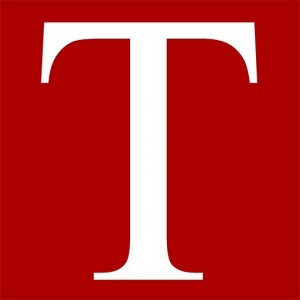 Republican Senate leaders are preparing to unveil their latest plan to overhaul Pennsylvania’s Prohibition-era liquor sales system when the Legislature reconvenes at the end of the month.

The leading proposal under discussion by Senate leadership would expand beer and wine sales into grocery stores, gas stations, beer distributors and other private retailers, while keeping hard liquor in state-run stores.
“We want to have a seamless experience for the residents, to be able go to Wegmans and buy wine and beer,” said state Sen. Chuck McIlhinney Jr., a Bucks County Republican, who’s been working to develop a revised plan with senators Dominic Pileggi and Joe Scarnati. “But that doesn’t mean we have to close and disrupt the whole system all at once. After 80 years of having it one way, we can kind of smooth into this.”

The “wine-only” proposal takes a gradual approach toward privatizing the state’s retail and wholesale operations, and would allow the Pennsylvania Liquor Control Board more pricing flexibility and expanded hours in the meantime, according to legislative leaders and a draft “executive summary” document.

“It’s not a situation where we have the ability to do an immediate divestiture of retail and wholesale operations to sell wine and spirits,” Senate Majority Leader Pileggi said. “The votes aren’t there for that dramatic of a change in a very quick time frame.”

The newly negotiated concept differs significantly from a stalled House bill, and it’s even further from the full-blown privatization plan preferred by Gov. Tom Corbett. Last year, the governor pitched an aggressive package that would have closed the state’s 600 liquor stores and privatized all types of liquor sales immediately.

RECENT TALKS DETAILED
McIlhinney, who last spring led multiple public hearings on liquor privatization, emphasized that negotiations are ongoing and any details emerging now are subject to change in coming weeks. He said he’s still pushing to get some specific provisions tweaked in the leading Senate proposal, such as outlining exactly how the modified licensing system would work. McIlhinney said he doesn’t quite yet have the votes for all the elements he wants included.

“I’m actually pretty optimistic — and I wouldn’t have said that a few months ago,” he said. “But we’re not at the point where I would say, ‘This is the plan.’ I think we’re still a couple weeks away from that.”

The wine-only proposal circulated by Senate leadership includes an initial fee of $10,000 for a wine permit liquor license. A limited number of specialty wine licenses would be available for stores that would sell only wine.
McIlhinney said he advocates “using the existing licensing system to now disburse different types of alcohol.” He said the latest proposal will likely include many of the same “modernization” provisions as the Senate plan that stalled last year. Those moves include less controversial changes, like allowing residents to ship wine to their homes and pressuring the LCB to locate more state stores near grocery stores.

Among the specific changes under consideration:
. Beer distributors could sell growlers (glass jugs to transport beer), six-packs and 12-packs in unlimited quantities.
. Hotels, restaurants and some grocery stores could sell three six-packs or one 12-pack and a six-pack. The existing 30-seat requirement for a restaurant license could be waived.
. A rule prohibiting alcohol sales near gas sales would be eliminated.
. New alcohol retail outlets could sell up to four bottles of wine per transaction between 8 a.m. and 11 p.m. daily, and all state stores could stay open from 9 a.m. to 9 p.m. Sundays.
. All alcohol retailers would be required to use electronic age verification card-swipe technology.

The wine-only proposal also calls for an evaluation of the state’s wine and spirits wholesale operations and authorizes the state to lease the wholesale system for up to 10 years, only if two independent studies determine doing so would net an increase in annual gross profits.

Pennsylvania took in $2.2 billion in liquor and wine sales in 2012-13 fiscal year, a 4.5 percent increase from the prior year. The LCB pumped $512 million into the state treasury, including about $128.4 million in profit and the rest in taxes.

OBSTACLES AHEAD
Just this past week, a coalition of business and industry representatives formally opposed the incremental approach, which they say could devalue the state’s liquor monopoly. A free-market proposal pitched by the business coalition estimates the state could reap a one-time $873 million budget windfall by selling the retail and wholesale liquor operations.

Some beer distributors say they don’t want any changes, except for being able to sell six-packs, rather than being required to sell only cases. They argue they’ve invested in the existing system under the Legislature’s rules, and fear that expanding beer sales into other private outlets will drive them out of business.

“Our biggest concern is what started off as a privatization push has now turned into a push to get beer, which is already privatized, into grocery and convenience stores,” said Mark Tanczos, president of the Malt Beverage Distributors Association, which represents more than 400 beer distributors. “We can’t compete against predatory retailers, and it’s no fault of our own because we basically followed the laws that were put in front of us.”
The Distilled Spirits Council of the United States, which has a “neutral” stance on liquor privatization in general, has issued a policy analysis blasting the wine-only proposal for favoring one alcohol industry over another. The analysis concludes that an incremental approach would impose a “tortured market structure” on alcoholic beverage sales and make “revenue neutrality nearly impossible.”

The industry trade group estimates the wine-only plan could cost the state $20 million in taxes and profits by its second year because state stores would face increased competition for beer and wine sales and fewer Pennsylvanians would purchase hard liquor as impulse buys, but the LCB would still be on the hook for roughly $400 million in annual operating costs.

“They’re going to have to maintain the same distribution system, maintain the same number of stores, but, in the meantime, you’re going to take a lot of that foot traffic out of the PLCB stores,” said David Ozgo, chief economist for the Distilled Spirits Council. “That will take a lot of the revenue out of the state-run system without reducing any costs.”

McIlhinney dismissed that criticism as coming from “a special interest group trying to preserve their ability to make as much money as they can.” He noted the Senate Appropriations Committee will review the fiscal impact of the plan once it’s ready to be unveiled formally.

Meanwhile, Bucks County Rep. Gene DiGirolamo, R-18, Bensalem, recently pitched an alternative to liquor privatization he said would raise an extra $185.5 million in profit in its first year while making it more convenient for consumers to buy booze. The seven-point plan could increase the total projected annual profit to more than $300 million, DiGirolamo said. That plan resembles pieces of a stalled bill introduced last March by state Sen. Jim Ferlo, as well as other so-called modernization proposals that have been floated in the Legislature.

DiGirolamo’s modernization-only approach has the backing of the United Food and Commercial Workers, the union that represents the nearly 5,000 workers at the state-owned liquor stores. The union lobby has been a major obstacle to passing any liquor system overhaul, with many Democrats opposed to laying off state workers and raising concerns that increased access to alcohol could have negative social impacts.

NEXT STEPS
Senate lawmakers are expected to consider the latest privatization plan in caucus when they return to Harrisburg the week of April 28.

The newly negotiated Senate plan will likely be brought up as an amendment to the liquor privatization bill that stalled in the Senate last summer, Pileggi said. To make it to the governor’s desk, the legislation needs to win 26 votes in the 50-member Senate and 102 votes in the 203-member House.

“Our conversations with the House leadership have led us to believe that the more incremental approach is something that they’re open to, and certainly in the Senate the more incremental approach is the preferred approach,” Pileggi said. “There is no final decision; the specific provisions have changed on a very frequent basis and will probably change again before we call this up.”

House Majority Leader Mike Turzai has been one of the Legislature’s strongest proponents of full-blown privatization, though several House lawmakers say the chamber would likely have enough votes to support a watered-down plan – like the wine-only proposal – to at least get something done this year.

“We’re going to have to see what the product is and work on the votes from there,” House GOP spokesman Stephen Miskin said.

The state GOP views liquor privatization as a potential political win, particularly in a year when the Republican governor, half the state Senate and the entire state House are up for re-election.

Both House and Senate leaders say they think the Legislature can reach an agreement on liquor system reforms before the July 1 budget deadline, after which much legislative attention will shift to campaign season.
“We should know certainly in May whether this issue will have the votes to move forward,” Pileggi said. “In the Senate, my preference would be to move the bill in May . but we’ll take it one step at a time.”