Pennsylvania: Liquor privatization, back for another round 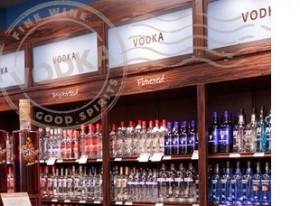 Talk of liquor privatization all but disappeared from the legislative scene a year and a half ago, but the issue is back as state lawmakers discuss top priorities for the new session.

A plan to expand alcohol sales and phase out state wine & spirits stores passed the House nearly two years ago, only to die unceremoniously in the Senate a few months later. But the coming months hold promise for the proposal’s supporters, who say it should be part of any big policy compromise with the Senate and Governor Tom Wolf’s administration.

Republican House Majority Leader Dave Reed says it’s too early to tell if the issue will be a dealmaker or deal-breaker, but he points out that liquor privatization has been debated more than other major proposals being discussed right now.

“It’s the only one that’s actually passed one of the chambers,” said Reed. “So from a House perspective, it’s already teed up. We’ve had the discussion, we’ve just got to have a little bit more discussion to put it back on the table.”

Neither the Senate GOP nor Governor Tom Wolf’s administration is warm to liquor privatization. But some say the competing priorities may necessitate a grand bargain. The Senate considers changing public pensions the most urgent issue, while the administration has indicated it wants a Marcellus Shale tax first and foremost to help generate additional funding for education.

The Senate’s view of liquor privatization may still change, with a total of six new Republicans in the majority caucus. Earlier this month, GOP Majority Leader Jake Corman said he expected the House to make liquor privatization a top issue, framing it as a potential money-maker for the commonwealth.

“I don’t blame them,” said Corman. “We should be respectful of the taxpayers and what their contribution to state government is, and before we go back to them and ask for more money, we should say we’ve exhausted every other option.”