How the Olympics has helped Brazilian Wine 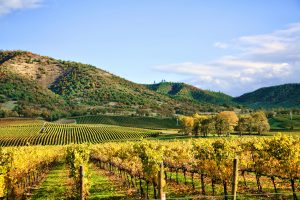 There is no doubt that this year’s Olympic Games have brought the world’s attention to the country of Brazil.  Several of Brazil’s industries have experienced benefits as a result.  One of these industries in particular is Brazilian wine.  The up and coming wine region of Serra Gaucha located in Southern Brazil boasts a number of wineries that have attributed recent increases to the Olympics.  With tourists flocking to the country from all over the world, many eyes were surely focused on the nation’s culture and the products that embody it.  For example, Casa Valduga, one of the oldest Brazilian wineries, was able to have their wines showcased at a hub for “Brazilian specialties.”  On a higher level, Brazilian wineries have seen and expect to continue to see growth.  One such company called “The Miolo Wine Group, which is well-known for their Brazilian sparkling wines, has seen a 35% increase this year of export sales volume in comparison to 2015.”  A historic, worldwide event like the Olympics can essentially provide free marketing for companies located where the games are held.  While these companies had a lot to bring to the table before the Olympics, the games were certainly able to bring a new, global audience to Brazilian wines.