Liquor stores may soon be able to serve you a shot-and-a-half of liquor for free under a bill that would equalize the free-sample playing field in Wisconsin.

Under current law, retailers with a Class A license can offer customers tasting samples of beer and wine, but liquor is off limits.

That could change under a bill with bipartisan support sponsored by Rep. Joel Kleefisch, R-Oconomowoc, that would allow the same retailers to offer up to three .5 ounce liquor samples to customers a day between 11 a.m. and 7 p.m. 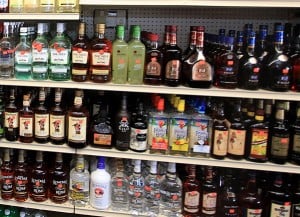 Republican Rep. Joel Kleefisch of Oconomowoc is floating a bill that would allow for samples of half an ounce of liquor to be offered at retail outlets.

“It’s not a party. It’s not a reception,” said Brandon Scholz, president of Wisconsin Grocers Association, which is registered in favor of the bill. “This is business. Retailers are looking at who is coming down the aisles to see who has an interest in the product. They want to make a sale.”

Besides the Wisconsin Grocers Association, others in favor of the bill include the Wisconsin Wine and Spirits Institute, the Distilled Spirits Council of the United States and Diageo North America, whose top brands include Smirnoff vodka, Johnnie Walker, Captain Morgan, Crown Royal and Jose Cuervo.

Not surprisingly, the state’s largest brewers MillerCoors and Anheuser-Busch are opposed to the idea. So are the Wisconsin Troopers Association, the Tavern League of Wisconsin and Health First Wisconsin.

Maureen Busalacchi, executive director of Health First Wisconsin, said Wisconsin has a $6.8 billion problem with excessive alcohol use, according to a study by the Population Health Institute that included data from the Centers for Disease Control and Prevention.

She said the bill moves the state in the wrong direction and questions how offering liquor samples aligns with recent bills making their way through the Assembly to curtail the state’s drunk driving laws through tougher penalties.

“We wouldn’t mind getting rid of the sampling that is already going on,” Busalacchi said. “It just sets an example that you can drink anywhere.”

Ryan Zukowski, executive director of the Wisconsin Troopers Association, agreed the bill wouldn’t do much to alleviate growing concerns over drunken driving and highway safety.

Because distilled spirits generally contain more alcohol than beer or wine, Zukowski said the bill poses a threat to the safety of the customer and others they may encounter on the drive home from the grocery store.

For example, customers who drink one-and-a-half shots of an 80-proof liquor would be consuming the equivalent of a 12-ounce beer, according to Zukowski.

A public hearing will be held on the bill at 10 a.m., Thursday, in Room 300 Northeast of the Capitol, before the Assembly State Affairs Committee.