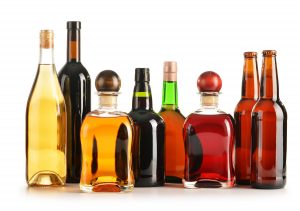 Distilled spirits volumes were also up over the past 4 weeks by 3.7 percent, also just slightly below the expected growth rate as seen last year. Volumes were up 2.6 percent, a .1 percent increase over the same period last year. Brown spirits in remained strong with Irish whiskey showing the greatest volume growth of 12.2 percent. Tequila, a white spirit, showed volume growth of 12.8 percent. A few categories ended the month slightly down, sales for rum, gin and blended whiskey all slightly underperformed the total category. Overall the spirits industry remains a strong category in both in the U.S. and globally and is standing up well to the recent consolidation trend.