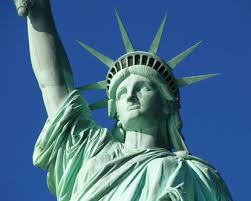 New York employs the three-tier system of alcohol regulation that is common to most states – producers sell to distributors; distributors sell to retailers; and retailers sell to the public. Recent legislation, however, continues a trend in New York to accommodate the craft beverage industry by allowing certain small producers to sell directly to the public. In addition to the ability to sell directly to the public, a properly licensed New York craft beverage producer (beer, wine or spirits) can benefit from reduced taxes and a lighter regulatory touch.

On Nov. 13, 2014, Gov. Andrew Cuomo signed into law the Craft New York Act. The law, which becomes effective Dec. 14, 2014, is the latest in a long series of legislation designed to encourage the growth of the craft beverage industry by cutting regulatory restrictions and allow small producers to sell directly to consumers.

The New York State Liquor Authority refers to these craft beverage producers by the title of their licenses: farm breweries, farm wineries and farm distilleries. These “farm” licenses all share a few common benefits: they all may sell directly to consumers; they all benefit from much cheaper licensing; they all are afforded certain regulatory accommodations; and now, with the Craft New York Act, they can all market each other’s products. And no, holders of “farm” licenses don’t have to be affiliated with a farming operation.

These craft beverage producers are also subject to common restrictions. For example, they all must source a certain percentage of their ingredients from New York. This requirement to include home-grown ingredients dates back to 1976, when New York enacted the Farm Winery Act, which enabled New York grape growers to produce their own wine and sell directly to the public. The Farm Winery Act is largely credited for stabilizing and enabling the growth of New York’s wine industry, which was struggling in the early 1970s. In 2014, New York wineries produce 12 million cases of wine annually, making New York the third largest wine-producing state in the U.S. Wine tourism is a substantial industry throughout New York, where vineyards on wine trails sell directly to consumers.

For more than 30 years, the farm winery license was the only license in New York to accommodate craft beverage producers. In 2007, New York created the farm distillery license; in 2012, New York created the farm brewery license; and, in 2014, the farm cidery license became available for the first time. Each enabling act had the dual goal of promoting the New York craft beverage industry and promoting New York agriculture. For example, farm breweries currently must source at least 20 percent of their hops from New York and 20 percent of all other ingredients must be grown or produced in New York. This requirement will graduate up to 90 percent of all ingredients by 2024. Farm cideries are required to use New York apples, exclusively.

In addition to creating the farm licenses, New York has adopted a number of smaller legislative and regulatory measures to accommodate and promote small producers. For example, legislation in 2012 exempts breweries that produce less than $1,500 annually from the $150 annual brand label fee. Farm breweries, distilleries and wineries are also exempt from certain tax-filing requirements.

Wholesaler franchising laws, which generally control the relationships between certain producers and distributors, are also relaxed for small breweries. In New York, franchising laws generally restrict breweries’ ability to terminate their contract with a distributor. The 2012 Small Brewers Bill allows brewers producing less than 300,000 barrels annually to terminate their distribution contract, provided that they pay the distributor fair market value of the distribution rights.

New York also puts its tax dollars where its mouth is. The Beer Production Credit is a refundable tax credit available to producers who are registered with the New York State Department of Taxation and Finance, and who produce 60 million or fewer gallons of beer in New York State annually. The tax credit is equal to $0.14 per gallon for the first 500,000 and $0.045 thereafter.

This push to accommodate craft beverage producers is largely lauded as a success. In 2012, New York estimated the economic impact of the wine and grape industry to be $4.8 billion. Since 2010, according to the governor’s office, New York has added 101 new farm wineries, 62 farm breweries, 49 farm distilleries and eight farm cideries. Other industries are responding to meet demand. For example, New York hop growers doubled the number of acres dedicated to growing hops in New York in 2014.

The Craft New York Act is intended to expand on this momentum and encourage continuing growth in the craft beverage industry. One of the most significant ways the law does this is to increase the production caps on farm licenses. Farm breweries enjoy a 25 percent increase to 75,000 barrels annually; farm wineries may produce up to 250,000 gallons annually, up from 150,0000; and the cap on farm distillers is more than doubled to 75,000 gallons annually. While most industry watchers expect that few craft beverage producers are currently limited by existing production caps, the law affords craft beverage producers new opportunities to market their products, which is expected to provide new growth opportunities for the industry.

The law also encourages industry cooperation by permitting properly licensed craft beverage producers to sell “New York State Labeled” beer, wine and spirits made by other producers. In other words, a farm distillery can team up with a farm brewery to sell the farm brewery’s beer in its tasting room. A farm brewery may establish a restaurant on premises, where it can serve New York wines produced by farm wineries.

To further encourage industry cooperation, the law provides $2 million for craft beverage promotion. A portion of those funds are available as grants to nonprofit industry groups promoting New York craft beverages. A further $1 million is available to provide working capital for craft beverage tourism projects. The governor’s office announced that up to $500,000 will be awarded to not-for-profit organizations for craft beverage marketing, which costs may include “purchase of recognized media advertising, production costs of print collateral and audio/visual, industry related tours, marketing materials, and website design, development, and updates.”

By giving special accommodation to “New York State Labeled” craft beverages, and by requiring that state-funded marketing incorporate the Taste NY initiative, the law seeks to establish the New York craft beverage as a brand unto itself.

Opportunities abound for New York craft beverage producers. Now is the time to review your business model and take advantage of new ways to market your product.