+1 (305) 967-7440 info@parkstreet.com
Check out our Park Street Insider Podcast, the newest educational experience from Park Street University! The podcast is available on both Apple and Spotify platforms. Click here to start listening now.
The Park Street Daily Insider Newsletter delivers the latest alcohol beverage industry news directly to your inbox. Click here to subscribe!
Check out the Park Street mobile app, which is now available for free download on both iOS and Android platforms. The app has been designed to key Park Street reports and tools, allowing you quick, on-the-go access to your account information. For questions, please contact our support team at appsupport@parkstreet.com.
Click here to download a copy of our 2021 Event Manual. 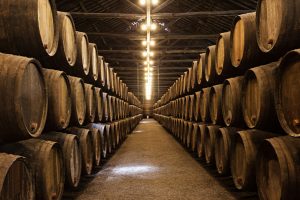 A call for an alcohol tax increase of 25 cents/drink has been pushed and received support in the state of New Mexico.  New Mexico has a large budget deficit, as the government has overspent by more than $200 million in their 2016 budget year.  While Governor Susana Martinez has said she is not interested in raising taxes of any kind, there are many parties who believe it is time to increase the tax on alcohol.  Alcohol Taxes Save Lives & Money is one of these parties.  Member Peter DeBenedittis stated that a 25 cent/drink increase would raise approximately $154 million/year and help avoid budget cuts in other areas.  Even though the tax would “increase the cost for a six-pack of beer by $1.50, a bottle of wine by $1.25, and a fifth of liquor by $4,” a recent poll showed that 76% of residents supported the move.  There are those parties that oppose the increase, however.  Beverly Cruz, Chief of Business Development at the Albuquerque Chamber, proclaimed that “tax increases are a short-term solution but with long-term adverse consequences.”  An alcohol tax increase will be an important topic of debate at the November elections in New Mexico.