New Bills On Tennessee Whiskey Pit Diageo, Brown-Forman Against Each Other 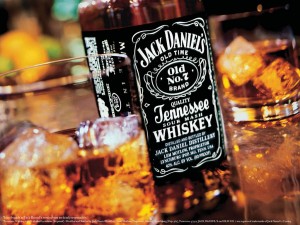 One of the sponsors of a bill that would loosen some of the requirements regulating the designation “Tennessee whiskey” says his aim isn’t to help spirits giant Diageo with the new legislation, but to aid small distillers who are being hampered by the current law. Tennessee state representative Bill Sanderson, who is sponsoring a bill that would allow distillers to re-use barrels in the production process and ease the requirement of maple charcoal filtering (Tennessee state senator Mark Green is currently sponsoring a similar bill in the senate), told the Wall Street Journal he isn’t “doing it for Diageo. I’m doing it for the little guy.”

The current law, which was passed in 2013, states that Tennessee whiskey must be fermented in the state from mash of at least 51% corn, aged in new charred oak barrels, filtered through maple charcoal and be at least 80 proof. These requirements closely resemble the recipe used by Jack Daniel’s, and owner Brown-Forman was a key supporter of the law. However, Brown-Forman says the new bills have put Jack Daniel’s “under attack.”

“What we have here is nothing more than an effort to allow manufacturers to deviate from that standard, produce a product that’s inferior to Bourbon and label it ‘Tennessee Whiskey’ while undermining the process we’ve worked for nearly 150 years to protect,” said Jack Daniel’s master distiller Jeff Arnett in a recent statement. “This is not about the interests of micro-distillers in our state. We support micro-distillers. This is about Diageo, a large foreign company with more interest in Scotch and Bourbon, trying to weaken what Tennessee Whiskey is, and we simply shouldn’t allow it.”

Meanwhile, Diageo, which owns Tennessee whiskey brand George Dickel, issued a statement yesterday saying it supported the return to flexibility and innovation in the whiskey-making process proposed by the new bills. “At George Dickel we use new oak barrels, but that is because we choose to make whiskey that way,” said George Dickel master distiller John Lunn. “We don’t think there should be a law that says this is how we, or anyone else, have to make whiskey.”