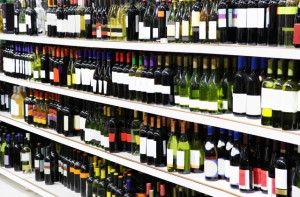 Two companies that do business as Souvenir Super Mart filed the lawsuit Wednesday against the city of Las Vegas and are seeking an injunction to prevent enforcement of the new ordinances, which target packaged liquor sales.

According to the complaint, the city’s “liquor regulatory scheme” violates the plaintiffs’ constitutional rights to equal protection, due process and free speech.

“The heavy regulation on one class of licensees – package liquor license holders on the Fremont Street Experience, compared with the virtually nonexistent or even relaxed regulation on holders of other types of licenses – such as the Fremont Street casinos – demonstrates that the classification drawn by the liquor regulatory scheme cannot be rationally related to any legitimate government interest,” the complaint alleges.

City Attorney Brad Jerbic could not be reached for comment Thursday.

Officials passed the ordinances in response to complaints that drunks were deterring tourists from returning to downtown Las Vegas.

“We have to stop the crumminess that has taken over all of downtown Fremont Street,” Councilwoman Lois Tarkanian said at the May 21 council meeting.

The next ordinance up for consideration would require alcohol to be served in plastic containers, creating a plastic-only zone.

Included in the Souvenir Super Mart lawsuit is a history of the business, located at 320 and 322 Fremont Street.

In the early 1990s, according to the complaint, the mother of siblings Aliza Elazar-Higuchi and Eli Elezra and other family members “recognized the hidden potential of Fremont Street and entered into an agreement to operate a package liquor store.”

“They pooled their savings so that they could eventually buy the package liquor license from which they were operating. They ultimately mustered $235,000 – which included their parents’ life savings – and in 1995 purchased the unrestricted package liquor license they had been operating under, and began their ownership” of Souvenir Super Mart, according to the lawsuit.

Their parents worked at the store during the day until their retirement a few years ago. Elazar-Higuchi and Elezra, who live in Las Vegas, then assumed control of the family operation of Souvenir Super Mart.

“When the opportunity presented to purchase the building in which SSM operated, the siblings did not hesitate to expand her investment in downtown, and did so based in large part on the unrestricted package liquor license used to operate SSM,” the lawsuit said.

“Despite the success of its revitalization efforts and the fact that SSM had operated harmoniously on the pedestrian mall for more than twenty years, by 2010 the city had begun targeting package liquor as a nuisance on Fremont Street, though the city has never explained why it considers package liquor a nuisance, despite repeated requests that it do so,” according to the lawsuit.

During discussion about the second ordinance on May 21, according to the lawsuit, Jerbic and the council “repeatedly asserted that the bill’s sole objective was to prohibit new package liquor licenses on the pedestrian mall.”

“However, Mr. Jerbic and the council ignored that the bill also placed significant restrictions on existing package liquor licensees,” the complaint alleges.

The Souvenir Super Mart lawsuit also challenges an exception in the latest ordinance that allows 12,000-square-foot or larger grocery stores or pharmacies to sell liquor on the mall. In addition, the lawsuit claims the city is violating the First Amendment by prohibiting Souvenir Super Mart from displaying its prices to consumers outside the store and by placing other limits on advertising.

Attorneys with the McDonald Carano Wilson law firm filed the complaint on behalf of 1-2-3-4-5 Inc. and Three Twenty Two, a limited liability company.