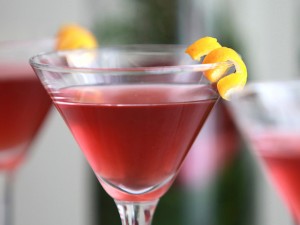 Nebraska’s top liquor regulator has called for a voluntary moratorium on a new powdered alcohol product that has sent lawmakers in other states scrambling.

“This is a new product,” he said, “which poses some new issues that aren’t found in normal alcohol.”

Palcohol’s founders set out to create a portable, less bulky alcohol that hikers and backpackers could take on the go, according to its website.

Now, officials across the country have taken action to halt the sale of the powdered booze or ban it altogether, citing concerns it may be easy for children to get and easy to abuse.

“It sounds to me kind of like trouble and like something that could be abused easily,” said John Potts, general manager of N Street Liquor in Lincoln.

On April 21, the U.S. Alcohol and Tobacco Tax and Trade Bureau reversed approval of Palcohol’s label, the last regulatory hurdle after approval of the formula and distillery.

An agency spokeswoman would say only that the approval was “in error.”

But Tempe, Ariz.,-based Lipsmark LLC, has resubmitted its application, and owners have said they expect Palcohol to hit the market by the fall, according to media reports.

“After hours of an activity, he sometimes wanted to relax and enjoy a refreshing adult beverage,” the site says. “But those activities, and many others, don’t lend themselves to lugging heavy bottles of wine, beer or spirits.”

So he created the powdered alcohol, which is meant to be mixed with water, but critics say people will try to snort it.

He also worries people who experiment with Palcohol by snorting it could get drunk very quickly.

They say people won’t want to snort the powdered booze because it would hurt their noses.

“It takes approximately 60 minutes to snort the equivalent of one shot of vodka,” they say on the Palcohol website. “Why would anyone do that when they can do a shot of liquid vodka in two seconds?”

Palcohol would be available in pouches that hold the equivalent of one shot of alcohol.

The two flavors, V and R, are made from vodka and Puerto Rican rum and can be added to water or mixers to make cosmopolitans, mojitos, margaritas and lemon drops.

“(The one-shot packets) make those little airplane bottles look bulky,” said Rupe, who is concerned about the portability the company promotes and how easy it would be to sneak Palcohol into football games, for example.

With the national moratorium, he said, the Nebraska Liquor Control Commission wants more time to check it out.

Jim Moylan, attorney for the Nebraska Licensed Beverage Association that represents liquor stores and bars, isn’t sure powdered alcohol should be regulated any differently than its liquid counterpart.

He said he thinks some retailers won’t carry it, and as long as it is regulated the same way regular alcohol is, there won’t be a problem.

Rupe said the Liquor Control Commission will discuss further action at its May 21 meeting.