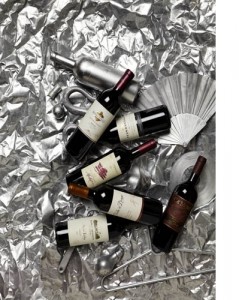 Is California Merlot back?

Well, sort of. There may not be as much of it as there once was, before consumer backlash and the Pinot Noir renaissance took hold. But what’s left is better than ever-and can be truly exceptional.

“We all know what happened to the variety,” says Pierre Noique, vice president of luxury wines at Constellation Brands, which owns Robert Mondavi Winery and Franciscan Estate, among others, in the Napa Valley.

“In speaking with restaurateurs around the country, Merlot is in a bit of a unique situation,” he says. “It was one of the hottest varieties before 2004, then it came to a screeching halt and the Merlot crisis eliminated all the producers who weren’t serious, and only the high-quality, truly committed remained. A lot had jumped on the bandwagon and flooded the market with mediocre, green, unripe [wines].”

“If it’s Merlot, it has to be Napa to sell, preferably from a recognizable winery,” Noique says. “People are still looking for Merlot for the same reason they are looking for Pinot Noir: approachable, smooth, fruity and fairly low in tannins.”

The Rise and Fall of Merlot

The lower-priced category of Merlot was a pretty mixed bag back when overplanting was rampant, even from Napa. But a marketplace correction may be the best thing that ever happened for consumers, who can now find good Merlot for under $25.

“In the last 10 years, winemakers didn’t feel any differently about Merlot,” says Janet Myers, general manager and director of winemaking for Franciscan Estate. “But there was a winnowing down, some of the worst of it got pulled out, and what was left was the best Merlot. The quality went up, though quantities went down.”

Ironically, Merlot was blended with Pinot Noir once Pinot’s demand exploded, as producers needed to stretch what they had.

“Pinot didn’t taste like Pinot in some cases, it gets so dominated by whatever variety you blend with it,” Myers says. “Pinot started getting bland, and people said, ‘Maybe I’ll look at Merlot again.'”

Statistics confirm that notion, with Merlot representing 8.3 percent of wine sales by volume last year, compared with Pinot Noir’s 4.6 percent, according to Nielsen. Chardonnay dominated the market with 19.4 percent of sales, with Cabernet Sauvignon second at 13.3 percent.

For 2012, the California Agricultural Statistics Service reports that Napa Valley accounts for the second most Merlot acreage of any region in California (after the San Joaquin Valley), with 5,976 acres planted. Sonoma County is third at 5,778 acres.

Franciscan produces a Napa Valley Merlot for $21, as well as a high-end proprietary blend, Magnificat, which is made up of approximately 20 percent Merlot. Franciscan will soon debut its first reserve Merlot, a 2013 vintage, focused on the restaurant market.

“Restaurants have always understood that Merlot is food-friendly, versatile,” Myers says. “It’s always been an important blender, but it’s not a second thought for us. It’s a beautiful grape, full-stop.”

Cream of the Crop

In the upper reaches of the Napa Valley, near Calistoga, three spindly palm trees rise out of the ground within a sea of grapes, the telltale landmark of one of Merlot’s happiest locations.

Known appropriately as Three Palms Vineyard, 73 acres of wine grapes are planted here. Fifty of them are Merlot.

“We wanted people to understand that it was a Merlot of exceptional quality,” he says. “This message connected with people.”

After sourcing from the vineyard for 37 years, Duckhorn Wine Company bought the legendary vineyard early this year. Duckhorn’s inspiration has always been Château Pétrus, the famous 100-percent Merlot from Pomerol. His team continues to benchmark their wines against it, aiming to make first-growth Napa Valley Merlot.

San Francisco socialite Lillie Hitchcock Coit, of Coit Tower fame, planted the now-famous palms around her vacation home in the late 1800s. In 1967, the land was bought by the Upton family, who planted grapes on it the following year, sensing great potential in its rocky, alluvial soils, the land covered in volcanic stones.

The rockiness gives the Merlot an austere structure, Ary says, as the vines are used to being stressed. At Three Palms, the grapes ripen early and evenly, the site’s warmth promoting flowering earlier than other Merlot sites that she sources in the Napa Valley. Block Five is her favorite.

“The grapes are a little bit denser, darker and yet still have a velvety silkiness and roundness,” Ary says.

Ary and the Duckhorn team took over full-time farming of Three Palms and its fruit in 2011 after wineries like Sterling and Provenance pulled out. Most of the vines were planted in 1993 and 1994, with additional blocks added in 1997 and 1999.

Since gaining control of the vineyard, Duckhorn’s Napa Valley Merlot has improved. A greater proportion of it is now comprised of Merlot from Three Palms, in addition to vineyards in Howell Mountain, Carneros, Yountville and Atlas Peak.

It’s been the number-one restaurant Merlot for many years, according to the 2014 Winemetrics On-Premise Distribution Report. Merlot is the third most popular red wine in restaurants, behind Cabernet Sauvignon and Pinot Noir, according to the report.

“We had noticed the Merlot section on wine lists getting shorter,” says Carol C. Reber, Duckhorn’s senior vice president of marketing and business development. “There were a couple of years when young, sophisticated people from [places like] San Francisco weren’t sure if they should like Merlot or not. No more. The Silicon Valley people coming up to the Napa Valley in droves are embracing it full tilt.”