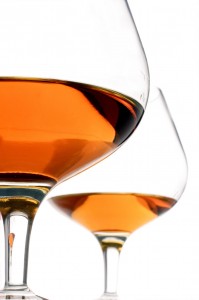 Members of the Montgomery County Council say the county needs to reform its liquor control laws but a consensus of council members also say they don’t want to relinquish control of supplying liquor to local business.

The county currently makes more than $32 million a year acting as the monopoly provider of liquor to every business in the county.

“We have to look at what we do to improve service for people. The liquor operation in Montgomery County contributes a lot of money to the county budget and we would not get sales tax if the county didn’t have this. We use the money on bonds where the money for liquor sales pays off the bonds. I think the issue is how do we make the service better?” Marc Elrich (D-at large) said.

Phil Andrews (D-3), the council’s longest serving member and candidate for county executive, said the state should reform its current liquor laws to expand the number of restaurant franchises who are allowed to have liquor licenses. Andrews also said he would like to see the county improve its relationship with distillers.

District 4 councilmember Nancy Navarro has previously opposed efforts to privatize the county’s liquor business. Navarro said she would have to review a detailed proposal on the issue before deciding if privatization is the best option for the county.

Elrich said he is not interested in changing the county’s current system, but would like to see appropriate staff at county liquor stores.

“We really need to look at bringing some people into the liquor stores that have some expertise. You should be able to go to a county store and talk to somebody who can speak knowledgeably about the beer and wine in the stores,” Elrich said.

Councilmember Nancy Floreen (D-at large) said she is unsure about the current issues because she has not heard them directly but said she supports the current system and the revenue it brings into the county.

Councilmember Hans Riemer (D-at large) has been advocating for county liquor law reform since the county nighttime economy task force study commissioned by the county was conducted in 2013. The study recommended extending the hours of operation for county-owned liquor stores, modifying the current alcohol to food ratio under the Class B license from 50-50 to 60-40 and improving the selection, ordering, and delivering process for wine, spirits and beer.

“I think it can be made to run like a business. I think they can provide services to a restaurant, customers, and residents that are closer to what the market provides. People should be able to get the choices of wine, beer, and spirits that they want,” Riemer said.

“We would like more flexibility on how to operate. We are a traditional county government department and we really operate a business. Folks in government like to say they have customers but we really have customers. We operate retail stores and we have a wholesale distribution center so under state law, we are the only wholesaler in the county. Our activity is much different than the normal county agency so we should act more as a revenue authority,” Griffin said.

County residents have asked the MCDLC to allow grocery stores and other retailers to sell alcohol. There are currently 25 county-owned liquor stores, 300 privately-owned and operated businesses that sell alcohol and over 1000 privately-owned businesses with a liquor license in Montgomery County. Consumers are only allowed to buy distilled spirits from the county liquor stores. Griffin said the county stocks all of the state approved alcohol.

Griffin said one common complaint customers have is that they are unable to buy alcohol in grocery stores, which state law prohibits.

Worcester County previously held a monopoly on direct alcohol sales similar to that of Montgomery County. In 2011, the Maryland General Assembly voted to allow businesses in Worcester County to buy directly from alcohol wholesalers starting on July 1, 2014.

Bobby Cowger, Director of Worcester County Department Liquor Control (WCDLC) said the county will lose 25 percent of its business due to the change. The WCDLC operates six county-owned liquor stores and is a direct retailer to the county’s 200 bars and restaurants. Unlike Montgomery County, which buys alcohol directly from distillers, Worcester County buys alcohol from wholesalers. Cowger said this affects the county’s competitiveness and that the county has adjusted inventory and budget cuts to replace the lost revenue.