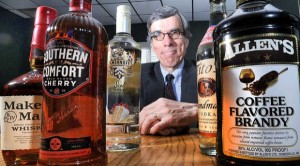 The question of whether a contract to market Maine’s wholesale liquor business was awarded fairly and within the bounds of a new state law that was passed in part to recapture alcohol sales lost to New Hampshire is in the hands of a three-person administrative review panel.

The contract is one of two administered by the state’s Bureau of Alcoholic Beverages & Lottery Operations dealing with the state’s wholesale liquor business.

The first contract deals with warehousing and distribution of alcohol in Maine and is central to the financing mechanism Gov. Paul LePage and the Legislature used to pay off about $183 million in Medicaid debt it owed the state’s hospitals in 2013. Revenue from the contract is earmarked to pay the principal and interest on revenue bonds that state used to pay the hospitals.

The second contract, the one in dispute, deals with trade marketing of alcohol in Maine and involves everything from pricing to merchandising displays and product availability.

Together, the new 10-year contracts, which go into effect July 1, are expected to generate about $450 million for the state, compared to about $190 million that the state has raised in the past 10 years under its current contract.

Under the previous contract, arranged by the administration of former Gov. John Baldacci, the state received a one-time payment of about $125 million and a portion of the annual profits from alcohol sales.

On Friday, the administrative review panel, state employees appointed by the Office of the Maine Attorney General, finished taking testimony from witnesses and attorneys representing the winning contract bidder Pine State Trading Co. and the company that lost the bid, Dirigo Spirits.

The panel must decide whether Dirigo’s appeal is valid or not. If it decides it is, the alcoholic beverages bureau would need to take action to either rebid the contract or otherwise amend its earlier decision to award the contract to Pine State.

With a base value of about $750,000 per year, the contract is one of two – the other deals with warehousing and distributing hard alcohol in Maine – that was awarded to Pine State earlier this year.

Dirigo Spirits, a company set up by Ford Reiche of Freeport, has appealed the contract award in an administrative process that won’t be complete for at least three weeks and could ultimately end up in Kennebec County Superior Court.

Reiche, is the former owner and president of the Auburn-based Safe Handling, a logistic company that largely deals with the movement of chemicals and other products by rail.

During testimony on the appeal, which stretched over two days, Gavin McCarthy, an attorney for Dirigo, presented evidence suggesting the state panel that originally scored and awarded the marketing contract to Pine State disregarded or was not given information that would have disqualified the Pine State from the bidding process.

McCarthy’s argument hinges largely on the premise the new state law was set up, at least in part, to recapture up to $30 million a year in alcohol sales in New Hampshire.

The state’s request for proposals on the contract also included language that would prohibit the winning bidder from also having to do marketing work on alcohol sales for any other state – especially New Hampshire.

McCarthy argued that because Pine State also does some alcohol marketing and sales work in New Hampshire, it would have a conflict of interest and would not be able to ensure its work for Maine would maximize sales for the state.

And while Pine State, in its bid, disclosed its work in New Hampshire, McCarthy argued the company provided inaccurate data to the panel that was reviewing and scoring the bids.

“The conflict disclosure is substantially wrong,” McCarthy told the panel.

He said Pine State disclosed the amount of hard alcohol sales it was responsible for in New Hampshire amounted to just 0.004 percent of that state’s total sales, and it was only responsible for .001 percent of wine sales in the Granite State. He said those figures should have been 0.4 percent and 1 percent.

McCarthy said the actual amount of sales Pine State is responsible for in New Hampshire is much higher and could be as valuable as $50 million a year for the company.

McCarthy said that had Pine State disclosed the actual amount of its New Hampshire marketing business, it would have been disqualified from bidding on the Maine contract.

But Paul McDonald, an attorney for Pine State, argued the contract was awarded fairly and largely within the bounds of a 2013 state law change that redesigned the way the state’s wholesale liquor business would be operated. McDonald also noted that Pine State’s proposal was more directly responsive to the terms in the state’s request for proposals than Dirigo’s was.

McDonald also said in responding to an amendment to the state’s requests for proposal, Pine State clearly disclosed its business interests in New Hampshire.

He said that even so, the amount of sales it was responsible for New Hampshire was so small, it was insignificant compared to the total sales of alcohol in that state.

McDonald did acknowledge there was a “numerical error” in Pine State’s bid regarding its marketing work in New Hampshire.

Gerry Reid, former director of the alcohol bureau who resigned in February, also testified before the panel.

Reid, an appointee of LePage, has been largely credited with designing the new contract arrangement and ushering in the new law, which allows the state to capture a much larger portion the revenue that comes from the sale of alcoholic beverages in Maine.

Reid confirmed to the panel that part of the intent of the law change and new contract was to recapture Maine alcohol sales that were being lost in New Hampshire.

But Reid also said the state’s request for proposals on the liquor contract was designed to protect against hiring a company that could have conflicts that would prevent it from working in Maine’s best interests, but it also needed to be flexible enough that it would attract qualified and capable bidders.

While the request was worded conservatively, it wasn’t intended to be so strict that it would disqualify the companies that were actually capable of doing the work.

Reid also told the Sun Journal after the hearing that Pine State and Dirigo were both, “extremely capable” bidders.

In scoring the bids, he said, the difference between Pine State and Dirigo was less than 60 or 70 points on a scale of 600 to 700 points.

Reid said it was unfortunate the contract award was being disputed, but Dirigo had a legitimate right to the appeal process.

The review panel ended its hearing Friday but asked attorneys in the case to present their closing arguments in writing within the next two weeks. The panel will have two more weeks after it receives those arguments to make its decision.

If either party in the case is dissatisfied with that decision, they can then appeal to Superior Court.