+1 (305) 967-7440 info@parkstreet.com
ecoSPIRITS & Park Street Partner to Launch Sustainable Spirits Distribution Technology in U.S.
Check out our Park Street Insider Podcast, the newest educational experience from Park Street University! The podcast is available on both Apple and Spotify platforms. Click here to start listening now.
The Park Street Daily Insider Newsletter delivers the latest alcohol beverage industry news directly to your inbox. Click here to subscribe!
Check out the Park Street mobile app, which is now available for free download on both iOS and Android platforms. The app has been designed to key Park Street reports and tools, allowing you quick, on-the-go access to your account information. For questions, please contact our support team at appsupport@parkstreet.com.
A valuable asset for driving growth.
Joe Santos
Co-Founder, Brooklyn Gin

For those of you that might not be familiar with this company, the Johnson Brothers is a well-established family owned distributing company. The company was established in 1953 and has been successfully distributing beer, wine and spirits to thousands of customers across multiple states since then. 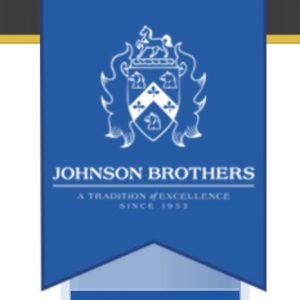 They operate with a simple mission being the focal point of their company culture. They work to “Provide the best possible service to both our customers and supplier partners.” This distributor operates with a progressive mindset, yet they remain well in-touch with their original values.

Johnson Brothers distributing got started in St.Paul, Minnesota. They’ve since expanded and continue to provide delivery and alcoholic beverage distribution services in multiple locations throughout the United States. The company operates out of the following states listed below:

Johnson Brothers initially started with one rented truck, a warehouse (which was converted from a skating rink) and a small group of brands. Company founder, Lynn Johnson was operating the company all on his own as a single individual entity. His daily routine was to receive orders during normal business hours, prepare the truck for following day deliveries in the evening and complete the product delivery process the next business day. Lynn Johnson did operated the company in this fashion all by himself.

The company has since grown to become a significant player amongst the top distributors within the United States. The company originally focused on working with spirits but have since taken on the distribution of wine products.

They are also in the business of distributing beer. They’ve been working with beer suppliers since the 1960’s. Minnesota local Hamm’s Beer is one of the many brands that have been distributed through their St.Paul distribution facility. The company still works with many of the best beer companies that exist today.

In summary, Johnson Brothers specializes in the distribution of beer, wine, spirits, water, and non-alcoholic beverages.

If you want to see a list of all the distributors operating within the United States, click here.

Visit the Park Street homepage and learn about our services.

Looking For An Importer, Distributor or Back-Office Solution?

Find out why Park Street is a leading distributor and solution in the wine & spirits industry. Contact us to find out exactly what we can do for your brand.