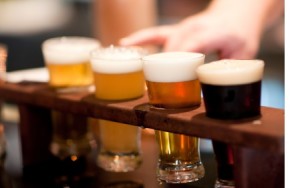 The Small Brewer Reinvestment and Expanding Workforce Act, which Paulsen floated with U.S. Rep. Richard Neal, D-Mass., would reduce excise taxes on the first 2 million barrels of beer that small brewers sell annually in a bid to protect the growing industry, which the lawmakers say is a testament to this country’s small business tradition.

“The rise in the popularity of craft brewing is a quintessential American success story,” Paulsen said in a press release. “Many of these brewers start out enjoying a hobby, but end up growing businesses that create jobs and provide a product that people enjoy. The tax code needs to catch up to the nature of the brewing industry and not penalize the nation’s small brewers.”

The lawmakers, who introduced the legislation along with four other Congressmen, say small brewers have a strong impact on local economies but aren’t receiving proper protections from the government.

“While our brewing industry has evolved, our tax code hasn’t evolved with it,” Rep. Patrick Meehan, R-Pa., added in the release. “Outmoded federal excise taxes inhibit the growth of small brewers and make it harder for fledgling businesses to survive and prosper.”

Congress just reconvened, but Republican lawmakers have wasted little time in attempting to repeal tax provisions they do not like.??

Earlier in the week Paulsen introduced a different bill to repeal the 2.3 percent tax on medical device sales in what could be the Republican-led Congress’ first sortie against the taxes in the president’s Affordable Care Act.

H.R. 160, the Protect Medical Innovation Act of 2015, would strike the medical device tax that went into effect in 2013 and was enacted to partially fund President Barack Obama’s signature health care reform law.

“The medical device tax continues to stifle innovation, cost American jobs and drive up health care costs despite bipartisan opposition in both houses of Congress,” Paulsen said in a statement. “It’s clear repealing this tax should be one of the priorities for the new Congress. The American people are looking for their elected officials in Washington to find common ground, and repealing the medical device tax is a great place to start.”

And on Wednesday, U.S. Rep. Mac Thornberry, R-Texas, said he introduced legislation to permanently abolish the federal estate, gift and generation-skipping taxes, explaining that the taxes must be scrapped because they make it difficult for small business owners and farmers to pass on their businesses to family members.??

Thornberry floated H.R. 173, the “Death Tax” Repeal Act, because he believes that it’s unfair for taxpayers to pay taxes on their assets at death, or for their heirs to pay upon receiving the property, since those assets are already taxed during the taxpayer’s life.??

“The American people should be able to work hard, build and save, knowing that these assets will one day be passed on to their children and grandchildren,” Thornberry said in a release. “Particularly vulnerable to the death tax are small business owners, farmers and ranchers who hope to pass personal business on to future generations but have to contend with a tax that may make that impossible.”?