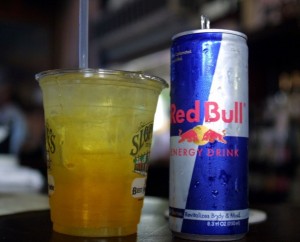 The definition of a mixed drink could change if a new product, freeze-dried alcohol, wins federal approval in coming months. But a Minnesota lawmaker doesn’t want to see the powdered substance, known as Palcohol, on store shelves.

The manufacturer of Palcohol is still seeking approval to market its product from the federal Alcohol and Tobacco Tax and Trade Bureau. The company resubmitted an application after the bureau said it needed more information about the amount of alcohol each individual packet contained.

Palcohol is intended for hikers and backpackers who might want to enjoy a drink after a long day on the trail, the company says on its Web site. It offers powdered vodka and rum, along with a cosmopolitan, a mojito, a “powderita” and a lemon drop. The company says airlines could use the powder, saving fuel costs due to the reduced weight, and that an ice cream manufacturer is considering incorporating the powder into its product.

Perhaps most disturbingly, companies in Sweden and Canada want to try the stuff in their windshield-washer fluids, Palcohol’s Web site claims.

But opponents say the product could be attractive to children and bring up new health risks.

“Virtually every possible use for powdered alcohol is nefarious, not to mention potentially dangerous,” Atkins said in a statement introducing the bill. “The different flavorings make it appealing to children and students who could easily sneak packets into school. This powder could also be inhaled or snorted, bringing a whole new world of problems into play.”

In Vermont, the head of the state’s Department of Liquor Control said he would work with legislators to ban the product. The state Senate passed a measure that ban sales of the powdered substance until the legislature moves to proactively allow its sale. The measure, sponsored by state Sen. Kevin Mullin (R), now goes to the state House for approval.