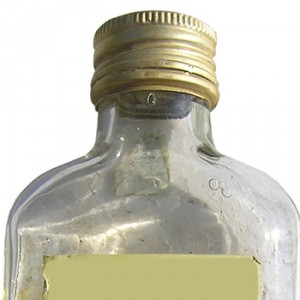 Latin America’s illicit alcohol trade is worth US$2.4 billion, accounting for over a quarter of the region’s alcohol market, according to a new report by Euromonitor.

The international research company examined the volume and value of the illegal alcohol market across six different countries in the region during 2012: Colombia, Ecuador, El Salvador, Honduras, Panama and Peru.

According to the research, the illegal market accounted for 25.5% of the total market in terms of volume by litres of alcohol equivalent (LAE) and 14.1% in terms of value.

On average, the retail prices of illegal products were 30.3% lower than legal alcohol 2012. During the same year, US$736 million was lost from the legal market due to counterfeit and contraband trade.

“As counterfeit refills have very similar pricing to legal brands, many consumers do not realize that the product they are purchasing is not original,” said Euromonitor analysts.

Euromonitor claimed that the key driver behind the prevalence of the illegal alcohol market in Latin America were “uncontrolled residual ethanol volumes”, “price gaps” and “weak law enforcement”.

Ecuador’s illegal trade was found to be the largest by value, with 22.2% share of the total market in value and 28.6% in volume. Euromonitor claimed one of the main drivers behind Ecuador’s illegal market was tax increases on imported alcoholic drinks.

Colombia’s illegal market accounted for 23.6% in volume and 12.1% in value, figures attributed to the popularity of contraband and smuggled spirits among the middle and low-income consumers.

Following is El Salvador, where illegal products account for 23.5% of alcohol volumes and 15.5% of the category’s value. Meanwhile, in Honduras, illegal alcohol has a 13.1% of the total market in volume terms and 3.6% in value terms.

Panama has the lowest figures of illegal trade, which accounted for 2.4% volume and 2.8% value of the country’s entire alcohol market due to preventative measures undertaken by its government.