+1 (305) 967-7440 info@parkstreet.com
Review the Changes in Craft Beverage Modernization Act for 2023
Check out our Park Street Insider Podcast, the newest educational experience from Park Street University! The podcast is available on both Apple and Spotify platforms. Click here to start listening now.
The Park Street Daily Insider Newsletter delivers the latest alcohol beverage industry news directly to your inbox. Click here to subscribe!
Check out the Park Street mobile app, which is now available for free download on both iOS and Android platforms. The app has been designed to key Park Street reports and tools, allowing you quick, on-the-go access to your account information. For questions, please contact our support team at appsupport@parkstreet.com. 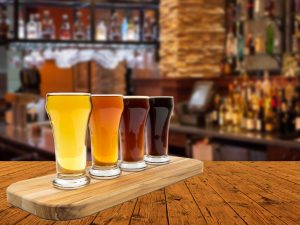 Brooklyn Brewery, which is the nation’s 12th largest craft beer supplier by sales volume, recently sold a minority stake to Kirin Holdings Company, a Japanese beer producer. For an undisclosed amount, Kirin will own an approximate 25% stake, though management will remain unchanged at Brooklyn Brewery. Much like the millennials in America, young Japanese consumers are becoming increasingly attracted to craft beers. Although craft beers only hold an estimated 4% of the market share in Japan, they typically sell for a higher price than traditional, mass produced brands.

Brooklyn Brewery is the second craft beer company to join Kirin’s portfolio, the first being Yo-Ho Brewing, which is a Japanese craft beer that Kirin acquired in 2014. Much like it is projected in the US, the craft beer industry shows potential. The US craft beer sales volume increased 12.3% in the past year while the overall beer industry showed a 0.2% decline in sales volume. The Brooklyn Brewery acquisition reflects a larger trend, in which large suppliers are partnering with smaller beverage companies to diversify their portfolios to include craft beverages alongside their more well-known, mass-produced brands.