Initiative to Privatize Liquor in Utah 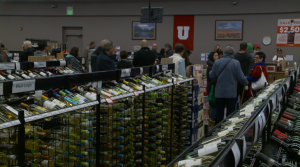 ot initiative to privatize liquor sales is now being considered in Utah.  Senator Jim Dabakis is the man who will be leading the charge against the control state’s current set up.  While he hopes to begin campaigning and fundraising soon, “a ballot initiative would not happen until after the 2017 legislative session.”  There is surely going to be a lot of backlash to a proposal of this nature in a state like Utah.  As a state that boasts the lowest level of binge drinking and DUIs in the country, opponents of the ballot initiative will have a strong stance against it.  Time will tell how this campaign for privatization fairs in Utah.