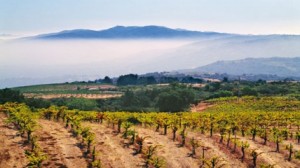 One in ten of the 646 west coast winery owners surveyed by Silicon Valley Bank (SVB) said that they were either ‘strongly considering’ selling up or were hopeful of completing a sale within the next five years.

Based on those answers, more than 500 of the 4,989 wineries in California, Oregon and Washington may effectively be up for sale, according to the bank’s ‘ownership transitions’ report, which follows up on a similar study published in 2008.

Nearly a third of winery owners questioned for the 2014 report said they would sell if the offer price was high enough.

The SVB report follows a series of deals in California over recent months. Among the biggest, Pernod Ricard agreed to buy Kenwood Vineyards in Sonoma Valley and rival Gallo acquired Ledgewood Creek winery and vineyard in Solano County.

There has also been heightened interest in Oregon and Washington state over the past year. This has included investment in new land, and Canada’s Aquilini Investment Group recently outbid Napa’s Duckhorn winery for a 271-hectare patch of prime vineyard land in Washington’s Red Mountain AVA. It agreed to pay $16m.

Where wineries are changing hands, SVB analysts said previous research showed ‘fatigue’ was a key reason for owners selling up, rather than financial difficulties.

‘Getting on an airplane and hitting major markets in a sales blitz wasn’t what many owners thought they were signing up for,’ the analysts said.

‘We expect to see a small slowdown in the near-term, but predict over the next five years that there will be many opportunities for strategic buyers to acquire labels and productive capacity and for high net worth individuals to find their own place in the fine wine business.’

An Ackerman spokesperson confirmed to just-drinks the company has bought the family-owned producer’s entire assets, including around 20 hectares of vineyards, the estate and winery. Celliers du Prieuré/Valentin Fleur, which employs around 50 staff, has an annual turnover of EUR14m (US$19m)