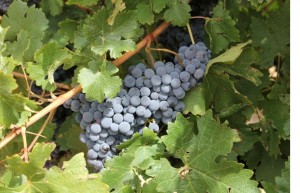 ne bladders, thirsty Chinese and American consumers and growing demand for premium wine have been the most significant forces in the wine industry over the last five years, according to Rabobank researchers.

And in the future they’re predicting drops in production from ‘new world’ countries like Australia, New Zealand and some in South America.

Rabobank’s World Wine Map says that, since 2003, the introduction of the ‘flexi-tank’, giant bladders for transporting bulk wine, in combination with fiercely competitive margins in the bulk trade, have seen the volume of wine exported in this format go from a quarter of total exports in 2003 to almost half by 2013.

But in the coming years, Rabobank senior analyst Marc Soccio is expecting that growth to slow down.

“A lot of the world’s major wine exporting countries, particularly in the new world, have already made the shift in the last decade.

“And it really only makes sense once your brand is of a certain scale, so smaller, premium wine producers don’t stand to benefit from shipping in bulk.”

Consumers have increasingly been buying more wine at the premium end of the market, including in Australia.
Americans are ready to explore Australia’s wine Photo: Wine consumers across the globe are demanding a more premium drop, and major companies are rushing to supply it. (Clint Jasper)

This trend has seen many of the world’s largest wine producers move into the premium space, often dropping their high-volume brands and acquiring premium ones.

“What we’re seeing is a lot of premium wine suppliers struggling to grow with these trends.

Despite a government push for austerity in China, Rabobank is still predicting moderate growth in the market over the next five years.

Rabobank is tipping wine consumption to grow in newer markets like Nigeria, Brazil, and in north and south-east Asia.

But Mr Soccio says they’ve all got a lot of work to do in order to reach the scale seen in the USA.