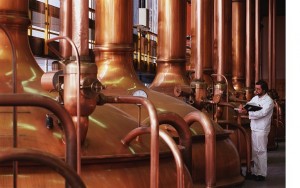 A new front has opened in the battle surrounding Florida’s burgeoning craft brewery scene, as retailer and distributor groups in the state filed a pair of lawsuits challenging the way the state Department of Business and Professional Regulation has been licensing tasting rooms.

Over the past few years, the focus of controversy in the industry has been craft brewers’ desire to sell 64-ounce growler containers. These new suits challenge permitting to sell beer for consumption and retail sales at breweries.

The suits seek a ruling that the department’s Division of Alcoholic Beverages and Tobacco has violated legal requirements in how it has approved certain alcoholic beverage licenses under the so-called “tourism exception” and “brew pub exception” that allow beer manufacturing and vending under the same roof.

“The division’s policy of issuing licenses without the required demonstration creates rights that do not otherwise exist and has the direct and consistent effect of law,” the Florida Retail Federation says in its petition. “This agency policy also adversely affects the rights of others that are licensed and operate in accordance with the alcoholic beverage statutes and rule.”

Florida’s alcoholic beverage law separates manufacturers, distributors and vendors in a three-tier system aimed at preventing the so-called “tied house evil,” the suits explain. Allowing an entity to control more than one step of the system has “led to excesses such as overly aggressive marketing, monopolistic practices and intemperance,” the petition says.

Craft brewers have been able to get around these restrictions to have popular tasting rooms and sell beer to take home on the brewery grounds through two exceptions.

The “tourism exception,” which was first enacted to allow Anheuser-Busch InBev SA to sell its beer at its Busch Gardens amusement part in Tampa, Florida, is available to holders of manufacturers of malt beverage and states that they can receive a vendor license to sell malt beverages for on-site and package sales.

As part of the exception, the law says, all those activities must take place on property consisting of “a single complex, which property shall include a brewery and such other structures which promote the brewery and the tourist industry of the state. However, such property may be divided by no more than one public street or highway.”

Vendors of malt beverages wishing to add a manufacturing license can apply for the so-called “brew pub exception,” which requires only “on premise” consumption and limits brewing to 10,000 kegs per year.

The petitioners claim that the division has violated the statutory requirements by not requiring applicants to demonstrate that their property features other structures that promote the state’s brewery and tourist industries.

They also claim that the division has ignored the annual brewing volume limit when allowing vendors to obtain malt brewing licenses, sometimes by granting them “tourism exception” permits even though those are only supposed to be available to existing manufacturers.

A representative for the Florida Brewers Guild, an advocacy group for craft breweries, did not immediately respond to a request for comment late Monday.

The Beer Industry of Florida is represented by Maureen M. Daughton and Mark K. Logan of Sniffen & Spellman PA.

The Department of Business and Professional Regulation, Division of Alcoholic Beverages and Tobacco is represented by General Counsel William Spicola.