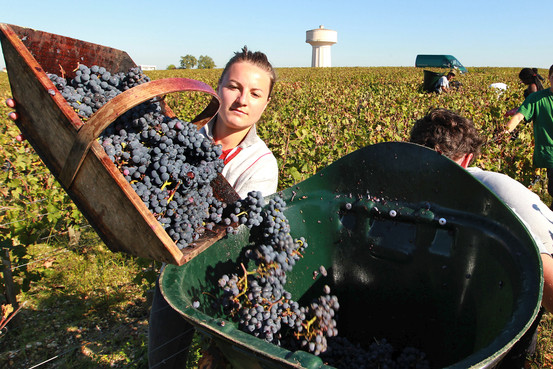 Exports of French wine and spirits dropped sharply in the first half of the year, hit by a dramatic slowdown of demand for pricey drinks in China.

Exports of wines and spirits-one of France’s top 10 exports-fell 7.3% to ?4.8 billion ($6.2 billion) in the first six months of the year, according to data released Tuesday by the Federation of Wine and Spirit Exporters.

Executives at large drinks makers have predicted Chinese demand will pick up again next year, and Pernod Ricard said last month it has seen signs of improvement in the latest quarter.

A crackdown on gift-giving by the Chinese government have hit exports of French wine and spirits. Agence France-Presse/Getty Images

Exports of spirits fell 9%, dragged down by a drop in cognac exports, which have been hit particularly hard amid the Chinese campaign. Rémy Cointreau, which depends for the bulk of its revenue and profit on its flagship Rémy Martin cognac, is among those hit hardest by the Chinese slowdown. The company’s profit was cut in half last year.

Exports of wines fell 7% as growth in Champagne exports helped stem some of the declines for high-end Bordeaux wine.

Exports of Bordeaux wine fell 28% in the first half. China has become France’s main export destination for wine recently. Between 2009 and 2014, exports of wine to China more than doubled as more wealthy Chinese began to collect French wines.