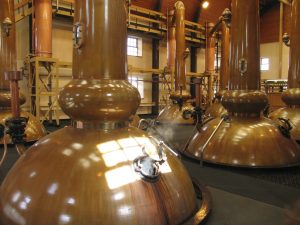 A Kickstarter campaign was launched by a Seattle-based tech company called PicoBrew for a “first-of-its-kind” tabletop distilling device called PicoStill. The PicoStill would allow licensed distillers to produce a large array of spirits including vodka, whiskey, bourbon, moonshine, gin, brandy and more.

The patent-pending distilling process would include new innovations, such as an indirect vacuum heating mechanism and a methanol collection chamber that would make distilling safer. The size of the PicoStill would allow licensed distilleries the flexibility to test small batches of new spirits and flavor profiles without committing to large batches of alcohol, which can become very expensive.

The PicoStill is currently available to Kickstarter backers for $170, or a higher end model for $499. The Kickstarter campaign has already raised just over $800,000 in just 2 weeks.