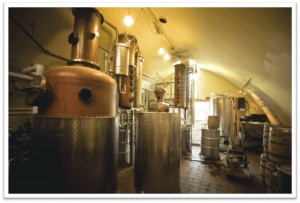 The rise of artisanal and handmade ales has given the craft movement a new lease of life – and in the US, craft distillation has followed the lead of the booming craft brewing industry.

A decade ago, only a handful of tiny distilleries existed, producing just a few bottles of whiskey that were sold locally. Today, the industry’s ranks have swelled to more than 600 distillers, producing not only whiskey but also vodka, gin, brandy, rum and pretty much anything else that can be bottled and shipped globally.

The success of the craft distiller has been hailed by drinks writers and critics as the dawning of a new age for spirits. It is helping give whiskey a makeover as younger drinkers look for diversity and local production in what they consume. But its success is now becoming an attractive business opportunity for corporations and shrewd investors. As a result, the line between what is craft and what is not have become blurred.

According to the American Distilling Institute, a “craft distillery” is independently owned, where fewer than 25 per cent of the shares are owned by someone in the beverage industry who is a non-craft distiller). Similarly, it defines a genuine “craft spirit” as a product from an independently owned distillery with maximum annual sales of 52,000 cases, with the spirit being distilled and bottled on site.

So does that mean that all genuine craft distilleries have to be tiny, distilling minuscule amounts to fit the bill?

“I really don’t like the word ‘craft’ as a descriptor of the small distiller, even though it appears we are stuck with it,” says Dave Pickerell, a distilling consultant behind hundreds of small distilleries across the US and also one of the founding members of the American Craft Spirits Association.

“To me, ‘craft’ means the expression of skill in artistry. Small distillers do not have a corner on this idea. There are many larger spirits that are craft. There are also some smaller spirits that exhibit little or no skill or artistry.”

Emerson Lamb, owner of the Westland Distillery, which produces whiskey in Seattle, agrees: “The priority for all distillers in the US – and around the world – should be practising the highest form of their art: whether that’s distilling malts or making flavoured vodka. We politely decline to refer to ourselves as ‘craft’ – it’s a slippery slope that we’d rather not be mired in.

“What you call yourself as a distillery is important, but not nearly as important as what’s in the bottle.”