Chinese wine market is evolving: predicted to be 6th largest producer in the world by 2016 while consumption expected to grow by over 60%

When the European Union raised tariffs on Chinese solar panels earlier this year, China said it would investigate complaints from Chinese wine producers about the “dumping” of European wine on the Chinese market. For many it was news that China made wine at all. But it does – of widely varying quality. 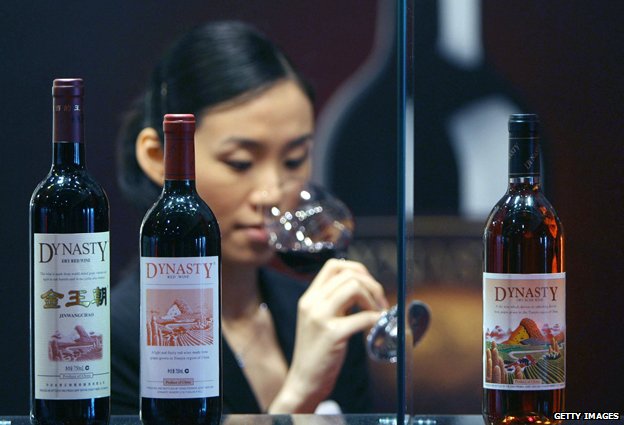 Fifteen years ago, a group of Beijing expats tested a selection Chinese, Californian and French wines. “The Chinese stuff can’t be that bad, can it?” they asked each other.

The answer was a resounding “Yes”. Unanimously, the panel ranked the Chinese wines at the bottom of the bunch. The Chinese wine was by far the cheapest, but it showed.

At the time, sceptics started a rumour that Jia Bei Lan had substituted another vineyard’s wine for its own. However, its fan base continues to grow. Last year, respected wine critic Jancis Robinson named the Grand Reserve 2009 as one of the two “most promising” wines she tasted on a trip to the region.

Aspiring Chinese winemakers could also look to a small winery in China’s central Shaanxi province for inspiration. In a corner of China better known for coal production, Grace Vineyard’s range of wines has also attracted a mountain of international awards and critical attention.

Grace’s owner, Judy Leissner, took over the winery from her father 10 years ago, when she was just 24. Judy is ethnically Chinese, but she married a German man and adopted his last name. From her base in Hong Kong, she travels regularly to check on her vineyards, which produce a wide assortment of grapes, from merlot and shiraz to chardonnay and riesling.

Things did not start well for the young entrepreneur. Even though Judy employed a French winemaker to help with her first vintage, it tasted so awful that her attempts to sell it were “horrible, if not a disaster”, she recalls.

Now she has the opposite problem. The two million bottles a year she produces have sold out every year since 2008, leaving her to allocate cases of wine between her distributors.

“For years, you’re begging people to buy your wine. You get so used to running after people and then suddenly, they say, ‘You don’t need to beg anymore. You’ve sold out.'”

A vineyard in the countryside near Beijing

China has a shortage of quality wine grapes, explains Jim Boyce, a Beijing-based wine aficionado who writes the blog, Grape Wall of China. And that means that a lot of Chinese wine contains low-end grapes that aren’t sweet enough to produce interesting wine flavours.

“Most of the wine produced here is very thin, it’s dry and tannic,” Jim explains. “So, it’s just not very good quality.”

Fongyee Walker, a British woman who runs a wine-tasting school in Beijing, blames China’s geography for the shortage of good wine grapes.

“Most people assume that China is so big, that there must be a place where grapes can thrive, but that’s not true,” she sighs.

Areas in China that are dry enough to allow grape vines to grow without succumbing to mould and disease are also extremely cold in winter, Walker explains, forcing farmers to bury their vines to protect them from plummeting temperatures. That process makes wines more expensive and shortens the lifetime of the plants.

Drinkable Chinese wines sold outside China will become a “cool oddity”, Walker says, but China will never able to produce quality wine on a global scale.

Others are more optimistic. China’s top three vineyards, Great Wall, Dynasty and Changyu, own half of China’s domestic wine market, and blogger Jim Boyce believes that inevitable comparisons between the three are compelling them to raise their standards.

“Traditionally, Chinese wineries have sold wine based on nice labels, and big commercials and sponsoring and that all works,” Boyce says. “But at a certain point, you’ll be judged on quality and you’ll be pushed by very inexpensive Italian, Spanish and Chilean wine coming into the market and you’ll be pushed to improve.”

Some luxury labels are also wagering millions on the belief that it is possible to produce top-notch wine on Chinese soil. Domaines Barons de Rothschild, the owners of the famous French wine estate, Chateau Lafite, have joined with a Chinese corporation, CITIC, to establish a vineyard in southern China’s Yunnan province. The Chateau has yet to confirm what kind of wine the venture will produce.

Moet Hennessy, the wine and sprits wing of the French luxury giant, LVMH, is also entering the ring. The group has staked out a large patch of land in the country’s northern Ningxia region, with hopes of producing the first Chinese wine made following French methods.

For China’s increasingly sophisticated wine drinkers, these developments can’t come soon enough. Fongyee Walker has been surprised by the increase in the number of people who sign up for her advanced wine-tasting courses, just for the love of all things red, white and bubbly.

Most of those people, she admits, still reach for French wine when they want to sip something special. Wine from Bordeaux is, by far, the most fashionable beverage among China’s elite.

But eventually, Chinese wine enthusiasts may be convinced to pop open a bottle from a place much closer to home.

There is already some Chinese wine that can stand comparison to European, Australian or American output, and if the optimists are right, the days of Chateau Cough Syrup are numbered.