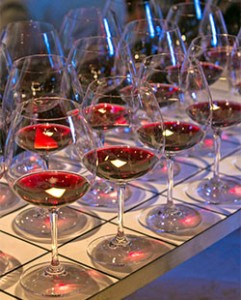 “In 2013, wineries gradually released the highly acclaimed wines from the large 2012 California harvest, offsetting the slowdown in American wine market growth due to short vintages in 2010 and 2011 and continuing soft economic conditions,” said wine industry consultant Jon Fredrikson of Gomberg, Fredrikson & Associates in Woodside. “In response to these market factors, California wineries focused on sales of premium table wines priced at $10 and above, which increased by 9% in volume and made up nearly half of winery revenues.”

Fredrikson explained that 2013 remained highly competitive. The U.S. Tax and Trade Bureau approved nearly 99,000 wine label registrations, the majority of these from foreign producers, which crowded trade channels and vied for consumer attention and shelf space. In addition, over the past five years the number of alcohol production permits increased by 4,100, up 47%, not only for new wineries, but for craft breweries, distilleries and cider producers, expanding the product mix offerings.

The large number of beverage alcohol products continued to squeeze distribution channels, and many small- and medium-sized wineries looked to direct-to-consumer sales through tasting rooms, wine clubs, online marketing and other direct sales channels, using social media and other digital communications to reach out to consumers.

Brick and mortar retail outlets selling wine continued to increase, expanding by 62,000 locations over the last five years, up 12% to 550,000 outlets, according to the Nielsen Company, a global provider of information and insights into what consumers watch and buy.

“Retailers are stepping up their game with more sales locations, making wine more accessible to consumers than ever before,” said Danny Brager, Senior Vice President of Nielsen’s Beverage Alcohol Practice Area. “Consumers have also shown that they’re willing to spend a bit more on a bottle of wine than in previous years.”

Wine shipments to the U.S. from all production sources-California, other states and foreign producers-grew 3% to 375.2 million cases with an estimated retail value of $36.3 billion. This represents 21 consecutive years of volume growth. The U.S. has been the largest wine consuming nation in the world since 2010. California’s 215 million cases shipped within the U.S. represent a 57% share of the U.S. wine market.

Lifted by the popularity of Prosecco, shipments of sparkling wine and champagne to the U.S. reached 18.4 million cases in 2013, up 4% over the previous year.