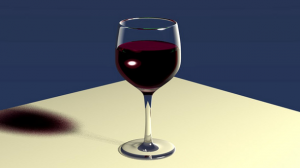 Massachusetts consumers are one step closer to getting wine delivered straight to their doorsteps.

The state Legislature has created a new permit system that will allow out-of-state wineries to sell and ship their bottlings directly to Massachusetts consumers beginning next year. If approved by Governor Patrick, the legislation would resolve a longstanding frustration of wine enthusiasts who found it nearly impossible to sample new vintages that were not available at their local store.

The new permit system was necessary after a federal court in 2008 struck down a previous Massachusetts law that allowed limited direct-to-consumer sales, mostly from small wineries. Wineries can obtain the new permit for $300, and would then be allowed to ship up to 12 cases a year to a Massachusetts customer.

Under the bill, wineries are required to label their packages as containing alcohol and indicate that they must be delivered to someone of legal drinking age. Massachusetts taxes must be applied to the purchase, and wineries that break the rules are subject to fines or suspensions of their permit.

Getting it here, though, might still be a trick. Some freight companies such as UPS refuse to ship wine to Massachusetts because the state requires they obtain a special license for each truck that delivers alcohol, said Jeff Carroll, director of compliance for ShipCompliant, which helps wineries negotiate state laws.

Most other states offer shippers so-called “fleet licenses,” a single permit that covers a company’s entire trucking fleet, but Carroll said it was unclear if the measure approved by the Massachusetts Legislature resolves the shipping issue. There is a separate bill pending in the Legislature that would allow for fleet permits, but that hasn’t progressed in nearly a year.

A UPS spokeswoman said it was too early to tell whether the company could ship to Massachusetts. FedEx declined to comment.

Carol Martel, northeastern counsel for the Wine Institute, a trade group, pointed out that Massachusetts lawmakers have six months to resolve additional uncertainties before mail-order wine arrives in 2015.

In other states, the direct-to-consumer wine business has grown rapidly. In 2013, almost $1.6 billion of wine was shipped to consumers nationally, according to ShipCompliant. On a per-capita basis, Massachusetts neighbors Connecticut and New Hampshire were both among the top-10 purchasers of mail-order wine last year.

The Massachusetts legislation was in part spurred by a lobbing blitz last year from former Patriots quarterback Drew Bledsoe, who owns a winery in Washington State. Bledsoe likes to tell the story of how he sold wine to his successor at the Patriots, Tom Brady, but could not send it to Brady’s home in Massachusetts.

“Brady bought some, but we had to send it to his dad’s house in California,” Bledsoe said after meeting with Massachusetts lawmakers in March 2013. “And his dad drank it all.”

Meanwhile, package stores in Massachusetts had long opposed direct-to-consumer sales and had asked the Legislature to more sharply limit who could ship wine into the state.

“The restrictions are somewhat less severe than we would have liked,” said Frank Anzalotti, executive director of the Massachusetts Package Stores Association. “But that is what a compromise does. It doesn’t make anyone totally happy.”

The new wine-by-mail permit was included in the state budget that lawmakers passed earlier this week. The governor has until next week to sign the budget or reject individual items in it.

The sponsor of the legislation, Representative Ted Speliotis, a Democrat from Danvers, said package stores should not worry about losing much business to mail-order because of the cap of 12-cases a year.