An Insider’s Look at the Craft Distillery Industry 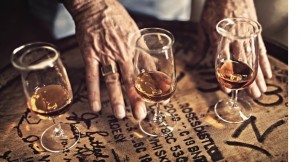 In Start Your Own Microbrewery, Distillery, or Cidery, the staff of Entrepreneur Media Inc. and writer Corie Brown with Zester Daily Contributors explain how you can get started in the craft alcoholic beverage industry, whether you want to start your own microbrewery, distillery or cidery. In this edited excerpt, the authors offer a closer look at the craft distillery industry so you can see if it’s a good fit for you.

As defined by their association, The American Craft Spirits Association, craft distillers are independent licensed distillers annually producing fewer than 750,000 proof gallons of spirits. They’re a passionate group of independent artisans similar to those who populate the craft beer movement. In fact, many spirits producers started out as brewers, a logical progression considering the two crafts share the same initial processing steps.

In 1965, there was only one craft brewery, Anchor Brewing in San Francisco, bought on impulse by 25-year-old Fritz Maytag, a descendent of the Maytag appliance family. When Maytag later launched Anchor Distilling in 1993, he became one of the first craft distillers. He learned the craft from Jörg Rupf, America’s first modern craft distiller who launched St. George Spirits in Alameda, California, in 1982 to distill eau-de-vie from the region’s bounty of fresh pears, raspberries, and cherries.

There has never been a home distilling movement similar to what drove the craft beer movement. Distilling at home stills remain illegal, a law that appears to be carved in stone as much because of the fear of exploding stills and accidental poisonings as an aversion to “demon” spirits. So the movement has grown far more slowly. There are no firm numbers on the size or value of the craft spirits sector.

By and large, consumers are satisfied with the products these companies produce, setting a high bar for craft producers to clear with their alternative products. It’s difficult to make Kentucky bourbon as good as Maker’s Mark, produced by Beam Suntory. The popularity of the Kentucky Bourbon Trail, a state tourism board effort backed by the big distillers, attracts tourists from around the world. “People think they’re visiting craft distilleries, but they aren’t,” says James Rodewald, author of American Spirit: An Exploration of the Craft Distilling Revolution. And they don’t care.

Most craft distillers know this and create products that are distinctly their own: corn whiskeys that retain a natural popcorn flavor and gins that call to mind the smells of a hike in the mountains near the distillery. A craft vodka maker might infuse his spirits with eau-de-vie made with fresh local fruit. Whiskeys produced from unusual grains and aged in small casks are popular. Gins are a particularly exciting category for American craft producers because, beyond the presence of juniper in the herbal infusion, there’s wide latitude on botanical ingredients. Each gin can taste unique.

Many of the best-known small spirits producers-such as Hudson Valley-based Tuthilltown Spirits, Chicago-based Few Spirits, and New York Distilling Company-are members of the two-year-old American Craft Sprits Association (ACSA). The association hosted its second annual trade show in February 2015 and is leading the charge to change federal and state laws hobbling the growth of craft spirits. “We’re just at the beginning stages of organizing the craft spirits industry,” says Leah Hutchinson, director of operations and marketing for the nonprofit association, noting that there are parallels to the early stages of the craft beer industry.

The association evolved out of the American Distilling Institute, a private company owned by Bill Owens, a former brewer and beer trade publisher who shifted gears to focus on the distilling industry a dozen years ago. Owens runs the largest craft distilling trade show, which attracted 1,000 distillers, purveyors, and others interested in the sector in 2014. He also publishes American Distiller magazine.

Owens and the nonprofit ACSA define “craft spirits” to be both grain-to-glass spirits and spirits produced using distillate made by industrial distillers. Both production processes are legal and common among large distillers. Yet within the craft movement, using industrially produced spirits is controversial. Some “blenders,” as they are sometimes called, market their products as if they produced them grain-to-glass. Two class-action lawsuits were filed in 2014 accusing leading small distillers, Tito’s Handmade Vodka and Templeton Rye, of defrauding consumers with false marketing claims concerning their production processes.

“There’s no self-policing yet in craft spirits,” says Rodewald. No one is enforcing truth in advertising for craft spirits, so, as Rodewald adds, “You can cheat.”

The issue, however, is generally invisible to consumers. While beers are identified by their parent company- everyone knows that Anheuser-Busch makes Budweiser- consumers connect directly with specific spirits brands. Few fans of the popular Jim Beam whiskey realize the American brand is part of the Japanese spirits company, Suntory. These kinds of deals are happening more frequently, with big spirits companies paying an estimated $1,000 per case for brands with relatively small 20,000- to 40,000-case productions.

It can be advantageous for craft producers to sell a single brand in their lineup to get the cash infusion they need to grow. Unlike the quick turnaround when brewing fresh beer, building up a craft distilling business requires large quantities of raw materials to produce a dribble of marketable product. Proper aging adds three or more years to the time it takes to get a product to market. While $250,000 and buckets of sweat equity might be enough to open a microbrewery, artisan distillers producing aged spirits often spend $5 million or more before they turn a profit.