Alcohol Consumption in America on the Rise 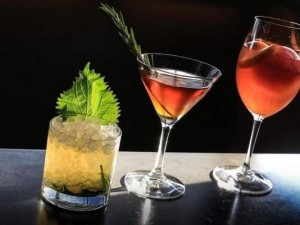 If we were to ask you which state you thought was the heaviest consumer of alcohol in 2012, what would you guess? A party destination, right? Florida, Louisiana, California-or what about Sin City’s home state of Nevada?

The state that consumes (far and away) the most alcohol is none other than the Granite State. What, you’re not up on your state nicknames? Okay… the Live Free or Die State. Yep, it’s New Hampshire.

And if that comes as a surprise to you, it’s just the tip of the iceberg in a new research report by the National Institute on Alcohol Abuse and Alcoholism (NIAAA). The study reveals quite a few interesting trends in America’s drinking habits-not just in recent years, but all the back to the 1850’s

Overall per capita consumption of alcohol has been climbing steadily since the early 1990’s. In the most recent year for which there is data (2012), consumption climbed 2.2% over the previous year to reach 2.33 gallons per capita. The NIAAA cites 2.1 gallons as a goal for a healthy society, but the last time we were that stingy with our pour was in 1961. Still, our current levels are far below the nation’s booziest period of 1980/81 (2.76 gallons per person).

Precisely why Americans were averaging nearly three gallons of ethanol in the early 80s is unclear (celebrating the Miracle on Ice?), but it remains the highest figure in the 150 years the NIAAA has been collecting data. (Though it’s worth noting that no data was collected during Prohibition.)

The next heaviest period of drinking was between 1906 and 1910, when per capita consumption averaged 2.60 gallons. The end of World War II ushered in a brief uptick in consumption, which leveled off until the 1970s, when drinking began to skyrocket. There was also an unmistakable uptick in 1990, presumably to cheer on the inevitable fall of the Soviet Union.

Another point of interest is how beverage preferences have changed over time. Beer, for instance, peaked in the early 1980s and has been in decline ever since.

That may come as a surprise to folks who have noted the skyrocketing popularity of craft beer, but you have to remember that these figures represent overall sales. The craft beer industry has indeed chipped away at the mega brewers, but the industry as a whole has been slipping as wine and spirit sales have enjoyed a corresponding surge.

So what about the states? Well, there were quite a few surprises.

What’s not surprising is that 43 states (including D.C.) saw an increase in alcohol sales in 2012. But if we had to guess, we would have thought California, New York, and Texas would be fairly high on the list of heavy drinkers. Not so: They were smack-dab in the middle. Our home state of Massachusetts-home of the puritans!-was also in the middle, at number 20 (2.57 gal/capita). Michigan’s consumption came in at 2.29.

The top five states/districts for alcohol consumption per capita were as follows: